Beliefs and Practices in Shi‘a Islam

The Shi'a belief on 'Imamat' 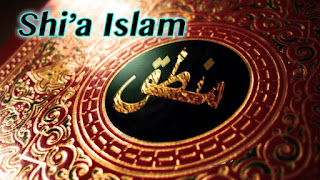 The Shiites believe that after the death of Prophet Muhammad (pbuh) and this till the end of the world, Allah has nominated twelve Imams. According to them, those twelve Imams had been nominated by Allah through Prophet Muhammad (pbuh). The first Imam according to them is Ali (ra), the second one, his son, Imam Hassan, the third one Imam Hussein and the rest of the nine Imams being found in their bloodline.

From the first Imam (i.e. Ali) till the eleventh Imam (Hassan Askari), all died a natural death like the rest of mankind. As for the twelfth Imam, the son of Hassan Askari, he mysteriously disappeared in this youth and went into hiding in a cave. Now till the end of the world, according to the Shiites, he alone has the exclusive right to reign upon the world. The belief in Imamat is obligatory (Farz) for a Shiite and the one who does not believe in it shall see himself being rewarded hell as resting place. In one of their books, Al-Kafila there is the mention that if the earth (i.e. the world) remain without an Imam, it shall sink. Still according to this book, the (Shiites) Imams are selected by Allah just like Allah chose the prophets.

The Origin of the Sect

Shia in itself is not a religion; it is a sect in Islam. After the martyrdom of Hazrat Umar (ra) and during the caliphate of Hazrat Uthman (ra), Islam propagated in several countries outside Arabia, such as Persia, etc. Many people accepted Islam at that time. Many entered the fold of Islam sincerely while many others entered therein hypocritically.

'The Khalifa of Islam': Of Titles and Tasks

10 Years of the official proclamation as "Khalifatullah"

In a special lecture delivered on 27 May 2018, coinciding with the 10th Anniversary of his Divinely-inspired proclamation of 26 May 2008 as the  Caliph of God-"Khalifatullah"- the foremost Islamic spiritual personality of this era Hadhrat Munir Ahmad Azim Saheb (atba) of Mauritius- Holy Founder of the Jamaat Ul Sahih Al Islam- gives an illuminating discourse on the system of the advent of the Spiritual Heirs of the Holy Prophet Muhammad (sa) in every era of Islam, to rejuvenate the Faith and to be a practical exemplar of the Holy Tradition/ Islamic Practice in everyday life for the devout.

The Islamic sacred tradition recognizes the devout savants of the Faith by conferring upon them grand titles: "Khalifa", "Imam", "Mujaddid", "Muhyi-ud-Din", "Sheikh-ul-Islam", "Hujjatul Islam", "Mahdi", "Massih","Ummati-Nabi", etc. Drawing on the Holy Prophet's teachings, and also keeping in view the additional explanations of the Promised Massih (as) in the previous era, Hadhrat Saheb (atba) in his discourse, succinctly summarizes the spiritual doctrine on the purpose of the advent of the Elects of God in every era. Moreover, Hadhrat Saheb (atba) reminds both his enemies and friends of the need to be critically aware of the "mistakes of the past" when peoples and communities have preferred the adulation of the powers that be and ignored perennial Divine teachings and thereby they let go of a precious heritage of sublime faith represented by the advent of a Divine servant among them.

Alhamdulillah, the message is especially of immediate relevance to the Ahmadis of our times- in a context where their elected Khalifatul Massih Hazrat Mirza Masroor Ahmad Saheb has been bereft of Divine illumination. Many devout Ahmadis are now seeking to engage with the larger question of Divine Guidance and revelations with the advent of a Muhyi-ud-Din Al Khalifatullah in this era in the person of Hadhrat Munir Azim Saheb of Mauritius (atba), Soumma Alhamdulillah.

Read the Special Discourse Below:

And when your Lord said to the angels, “I am going to place in the earth a Caliph”, they said: ‘What! Wilt Thou place in it such as shall make mischief in it and shed blood, and we celebrate Thy praise and extol Thy holiness?’ He said: ‘Surely I know what you do not know’. (2: 31). 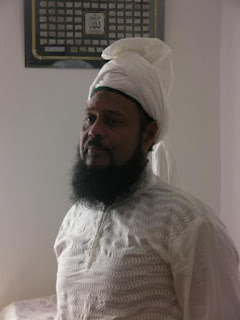 ...By the infinite grace of Allah, yester-night (26 May 2018) was not only the death date of the Promised Messiah Hazrat Mirza Ghulam Ahmad (as) - Hundred and ten years since his demise, but it also commemorates a historical date in the annals of the Jamaat Ul Sahih Al Islam, whereby it was on this date - 26 May 2008 (i.e. now 10 years) that Allah gave me the revelation to officially stand up and proclaim myself as the Khalifatullah (Caliph of Allah) and the Imam-e-Inquilaab (Just Ruler/ Leader) of the age. That night was a special night bringing on this humble self a great responsibility vis-à-vis the world and Islam in particular.’

Allah always favours His own Khalifa. Whenever He appoints someone from Him and bestows the Holy Spirit (that is, the Ruh-il-Quddus) on him, it is always His chosen servant, messenger and caliph who shall always be victorious.

Today I would like to explain on the title and responsibility of Khalifa of Islam and on the status of a Mujaddid and Islamic prophet.

The Enduring Blessings of Islam

Most Ahmadis today somehow believe that Allah has abolished the Divine Scheme of sending Mujaddidin in every century to revive the Muslims and to renew their Faith. They consider that sincere believers have to be content with the man-elected Khulafa in the Ahmadiyya Community for all practical purposes and that for the purpose of Divine guidance in future, if any, only an Ahmadiyya can elevated with Divine revelations by Allah (twa). The Divine Prerogative of choosing and selection whoever He wills has come tom an end with the establishment of Ahmadiyya Khilafat- at least, that is what the leaders and the priests within would like common Ahmadis to believe as religious doctirne. 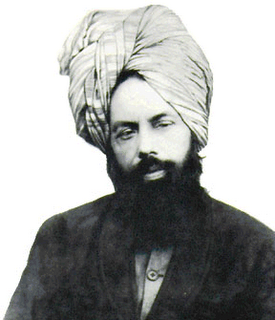 On the other hand, the founder of the Ahmadiyya Jamaat, Hadhrat Mirza Ghulam Ahmad (as) of Qadian presented Islam as a living faith that produced through the centuries of its existence, countless saints and godly people. More importantly, Hadhrat Ahmad (as) firmly believed that these blessings will certainly continue till the Day of Judgement amongst sincere believers who followed the fundamental teachings of Islam. We are presenting below certain extracts from the writings of Hadhrat Ahmad (as) that affirms the enduring blessings of Islam and points out the mistaken notions of the Shia Muslims in this regard. Reflective Ahmadis will find remarkable lessons in the episode:
“It must be clear to you that when a true seeker lives Islam obediently and completely and each of his faculty truly and automatically follows God’s commands then the overall results of his efforts is that Allah sends signs of guidance to him on a larger scale without any intermediary veils. That is to say that this person will directly experience Allah on a higher level. Many kinds of blessings fall on this person. These commands were accepted due to his faith and because it was obligatory on him.