'Life' in the Time of a Divine Servant 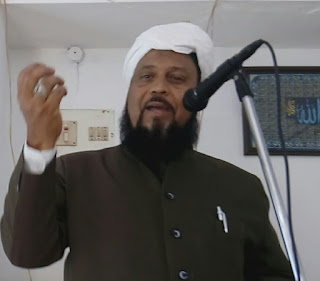 The Muhyi-ud-Din Al Khalifatullah Hadhrat Munir Ahmad Azim Saheb (atba) of Mauritius, along with the blessed members of the Household, recently visited India, January 16-30, 2017. During this tour of India, the Khalifatullah (atba) freely met with his sincere disciples and well-wishers and on several occasions, even addressed the members of the public, bestowing them with his august prayers and generous advices on leading an ethically-oriented, spiritually-rooted harmonious life under Islam.

What does it mean to live in the time of a Vicegerent of Allah, a Divine Elect, a Renewer of Faith? How does such belief in the appearance of Divine Elect relate to the Islamic doctrine? Can a lay person progress in faith in the time of a Prophet of Allah? Reproduced below is a speech delivered by Hadhrat Khalifatullah (atba) at the Noor'ul Islam Masjid at Mathra (Kerala, India), addressing his disciples from Kerala and Tamil Nadu, who were gathered at the Mosque during the days of his stay at Mathra, January 16-21, 2017.

My dearest disciples who are present today,
Assalamoualaikum Warahmatullah Wabarakaatuhu.

Alhamdulillah, Summa Alhamdulillah, it is indeed a great blessing upon you that Allah has enabled this humble self to appear in your time and has vouchsafed me the instruction to come to you and address you here in Kerala. It is indeed a pleasure for me to be among you today and talking to you face to face.

These days the grace of God descends from heaven, signs appear and exiled faith returns to its home of jewels from the mine of divine sciences which are widely distributed. This is a time when the unbelievers begin to tremble with fear and tears of joy fill the eyes of believers. It is time to wake up those who are asleep so that they may benefit from this spiritual joy and blessing. This is the moment when a person must choose between accepting and denying. The faces of those who have agreed to be part of this divine blessing are filled with joy, while those who have turned their backs to the divine truth and messenger look dark and sad. Alas for them! If only they knew what they are missing!

Why A Divinely-Elected Imam Now?

The Advent of Divine Elects

The main reason for the arrival of new non-Law-bearing prophets in the Muhammadan Ummah (pbuh) is that Islam came for the whole world and must be propagated. And for this important work two arrangements are necessary: first the internal reform among Muslims (i.e., the strengthening of their faith in Islam), and second, the spread of Islam around the world. These two needs cannot be achieved without strict discipline, a leader, an Imam. 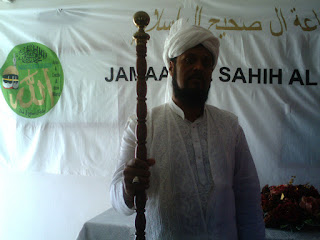 In the Quran, Allah (swt) talks about this discipline in these terms:

“Allah would not leave the believers in that (state) you are in (presently) until He separates the evil from the good. Nor would Allah reveal to you the unseen. But (instead), Allah chooses of His messengers whom He wills, so believe in Allah and His messengers. And if you believe and fear Him, then for you is a great reward.” (3:180).

Here it is said to the believers: Oh you who claim to have faith, as long as there shall be no difference between the good and the bad you will remain mixed up with the result that Islam will be weakened. Allah does not like such a situation. Surely He will send a prophet to separate the bad from the good. Since only God knows who is good and who is not, and He alone knows how to separate, He will choose a pious Muslim to operate that separation of/ distinction between (the good and evil/ bad ones). O you who believe! “So believe in Allah and His messengers.”

On the other hand, if there should not come a prophet, why did Allah (swt) say to those who believe in Hazrat Muhammad (pbuh) that a time will come when there will be no difference between good and evil and that He shall then send a prophet? Why did He give the command to believe in the Prophet and to fear (i.e., to reform)? There is in all this food for thought.
Read more »
Email ThisBlogThis!Share to TwitterShare to FacebookShare to Pinterest
Labels: Holy Prophet, Holy Quran, Imaan, Imam of the Age, Islam, Jamaat Ul Sahih Al Islam, Khalifatullah, Nubuwwat, Ulema 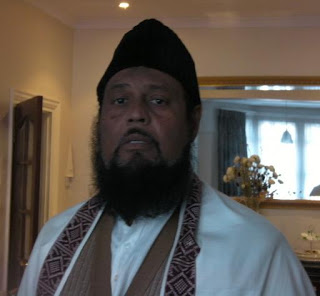 O Muslims! Remember that we are the promised children of Abraham (as). There are great promises of God concerning us. God has made us the best of all (Khairi Uman). He gave us until the end of days the development of temporal favours in the form of royalty and also the development of spiritual favours in the form of prophethood, for we are the seed of Abraham (Ibrahim).

God had kept His promise to Abraham’s posterity from the branch of Israel (Jacob / Yaqub) as long as they did not become evil, and thus the system of royalty and that of prophethood were reserved for him.

But when they became wicked, God changed the trajectory of His Light and (while still holding firm to His promise to Abraham) gave that favour to the posterity of Ismail where we had the Rahmatul-lil-Aalameen (blessing for the entire universe) to bless all nations and whose coming was promised as a manifestation of God. This awaited perfect messenger was indeed the seal of the prophets, the founder of Islam, our beloved prophet Muhammad (pbuh) who came with a perfect divine book, i.e. the Holy Quran.
Read more »
Email ThisBlogThis!Share to TwitterShare to FacebookShare to Pinterest
Labels: Holy Prophet, Ibrahim (as), Islam, Jamaat Ul Sahih Al Islam, Khalifatullah, Nubuwwat, revelations, Surah Al Fatiha, Ulema

Exclusion of Ahmadis from HAJJ: A Grave Error 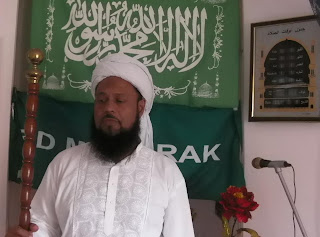 Performance of Hajj is one of the fundamental religious obligations of the Muslims. Yet, today Ahmadi Muslims are legally prohibited from enlisting themselves for the same, as the Ulema in Pakistan have succeeded in writing their bigotry and intolerance into legal injunctions. The Saudi Arabian authorities who take pride in the title of “Custodians of the Holy Mosques” have failed to estimate the gravity of their mistake in preventing those who believe in Allah (twa) and His Messenger from doing Hajj. The Kaaba, in the course of its several millennium of history, had witnessed some tragic transgressions, including the installation of idols and the taking away of the Black Stone itself for a period of time. Allah the Most High has informed the Khalifatullah Hadhrat Munir Ahmad Azim Sahib (atba) of Mauritius that the present legal restrictions/ religious prohibitions would also be thrown into the dustbin of history as it unjustly prevent the Ahmadi Muslims from being able to perform the Hajj.

Read the Extracts from the Eid-ul-Adha Sermon, delivered on 16 October 2013: 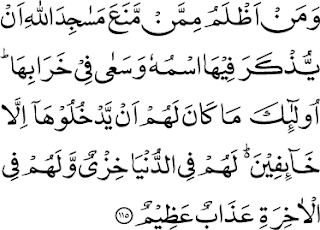 And who is more unjust than he who prevents (men) from the Mosques of Allah, that His name should be remembered in them, and strives to ruin them? (As for) these, it was not proper for them that they should have entered them except in fear; they shall meet with disgrace in this world, and they shall have great chastisement in the hereafter. (2: 115)