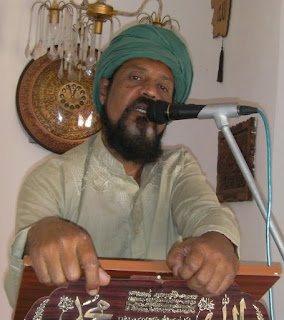 Alhamdulillah, Summa Alhamdulillah, I implore God by His most beautiful names and His most sublime attributes, and I thank Him for giving me the blessed opportunity to continue the Friday Sermon series on the duahs of Hazrat Muhammad (pbuh). I am making this effort only by the grace and help of Allah. I also implore Him to enable me to benefit from them both during my lifetime on earth and after my death, and to share it with the people - anyone who reads the sermons on the Jamaat Ul Sahih Al Islam’s website. All praise is to Almighty God [Allah] and we praise and implore His help as well as His forgiveness. Ameen.

As for the Holy Prophet (pbuh), he tells us: “He who remembers his Lord and he who does not remember his Lord are like the living and the dead.” (Muslim)

Anyone who recites a letter from the Book of God will have done a good deed knowing that every good deed is rewarded many times. And I don't mean by letter: Alif-Lam-Mim, because Alif is a letter, Lam is a letter and Mim is a letter. (Tirmidhi)

O Allah, You are my Lord, none has the right to be worshipped except You; You created me and I am Your servant and I abide to Your covenant and promise as best I can, I take refuge in You from the evil of which I have committed. I acknowledge Your favour upon me and I acknowledge my sin, so forgive me, for verily none can forgive sin except You. (Bukhari)

Allah is sufficient for me, there is no Deity except Him. I place my trust in Him and He is the Lord of the great throne. (Abu Dawud)

Whoever recite these words seven times in the morning and in the evening will see God spare him from all the worries that will preoccupy him, both on this earth and in the hereafter.

In the name of Allah, I place my trust on Allah, there is no power and no might except with the assistance of Allah. O Allah! Indeed, I seek refuge in you for that I misguide anyone or that I become misguided or that I oppress or become oppressed or I act ignorantly or any act of ignorance be carried out on me.

O Allah, Lord of mankind, do away with my suffering. Heal (me) as You are the only Healer and there is no cure except that of Yours, it is that which leaves no ailment behind.

O Ever Living One, O Eternal One, by Your mercy I call on You to set right all my affairs. Do not place me in charge of my soul even for the blinking of an eye (i.e. a moment). (Hakim)

O Allah, You have created my soul and You take it back. Unto You is its death and its life. If You give it life then protect it, and if You cause it to die then forgive it. O Allah, I ask You for strength [health]. (Muslim, Ahmad)

My Lord, safeguard me from Your punishment the Day You resurrect Your slaves. (Abu Dawud)

O Allah, with Your Name will I die and live. (Bukhari, Muslim)

When we loses something:

We hope our Lord will return to us, better than that. Certainly we turn to our Lord.

To be successful and to have our task made easy :

O our Lord! Show us Your mercy and show us the right way in our affairs.

O Lord! Open my chest and make my task easy.

O Allah! Forgive me my sins, remove this suffocating anger from my heart and save me from the accursed Satan.

To defend oneself against the enemy :

O Allah! We place You against them and seek refuge with You from their wickedness.

When having one’s food & drink :

In the name of Allah. And with the blessings of Allah.

After having food & drink :

All praise is due to Allah Who provided us with food and gave us to drink and made us among the submissive ones (i.e. Muslims).

All praise is for Allah who fed us and gave us drink, and who is sufficient for us and has sheltered us, for how many have none to suffice them or shelter them. (Muslim)

O our Lord! Accept this from us, for You are All-Hearing, All-Knowing.

I supplicate Allah (swt) to give me the Tawfiq to continue on the same subject of the duahs of our noble prophet (pbuh) next week. May all brothers, sisters and children make the most of these duahs in their daily activities. Insha-Allah, Ameen, Summa Ameen. Ya Rabbul Aalameen.

Before closing, I share with you a very nice dream that I saw on one of my very dear disciples, Naib Amir Janab Shahul Hameed Faisal Sahib and his family. I saw this dream this morning [04 September 2020] before the Tahajjud prayer. The dream is as follows: 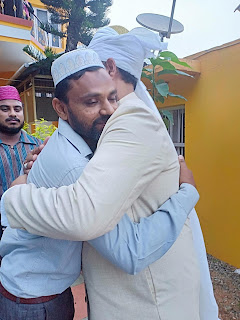 My very dear disciple Naib Amir Janab Shahul Hameed Faisal Sahib came to me and hugged me (Mussafa). We were seeing a plot of land and finally he took a brick [a concrete block] and mixed some cement and then handed it [the brick] to me for me to lay [the foundation stone]. After laying the brick and invoking Allah (duahs), I saw him still in my company and he was supervising the works for the construction of a Mosque or a building for the Jamaat Ul Sahih Al Islam [When I told him that he had this or that job to do, even before I finished my sentence, he would rush to obey and get the job done]. After a little while there was a manifestation in the sky that looked like confetti [but it wasn’t exactly confetti] falling on us, and so I said to him, “Look at the blessing that you are receiving from heaven [from God]. You are certainly receiving a very great blessing.”

After a little while, I saw his family [his wife and children] also present and everyone received these blessings as well. Then he had to leave, but before he left me he came to give me a hug once more; but the way he hugged me seemed like he didn’t want to leave; he didn’t want to leave me. He wanted to stay with me. When he hugged me, Allah made me understand the sincerity of heart of Naib Amir Janab Shahul Hameed Faisal Sahib, how very sincere he is and how he has a lot of respect and obedience towards me, to Allah and His Caliph [Khalifatullah] and he is a very humble person. And besides, as usual when he came to meet me, he bowed his head with a lot of respect. Then I saw that instead of that kind of “confetti”, it was an amazing light which was falling on him, on his family - on all of us present. And I congratulated him for his Deen works which he is doing, and at that time there were many “birds” also which sang the glory of Allah and also congratulated him in this way. And so I said to him, “Insha-Allah, you will bring many souls into the fold of Jamaat Ul Sahih Al Islam.”

And then I put my hand on one of his son’s head and said, “Insha-Allah, Allah will bless him and he will work a lot for the Jamaat [Jamaat Ul Sahih Al Islam].”

Then, as you know what dreams are like, they went away or I left their company and I dreamt of my father [Marhoom Solim Azim].

After that, I again saw Naib Amir Janab Shahul Hameed Faisal Sahib and his family [his wife and children] and they were walking in a very beautiful garden, full of roses, a very green garden. He wanted to remain in the company of the Khalifatullah. When he saw me once more, he came back to meet me and to hug me (Mussaafa). My dream ended on this.

So, I pray that Allah always maintain the sincerity and the Taqwa of my dear disciple Naib Amir Janab Shahul Hameed Faisal Sahib and his wife and their children and may Allah bless them for doing great works for the Jamaat; not only them, but also all of my sincere disciples in the Jamaat Ul Sahih Al Islam. May Allah continue to bless them with beautiful dreams, visions, inspirations and revelations. May Allah keep them always on the Siratwal Mustaqeem [the Straight Path]. Ameen, Summa Ameen, Ya Rabbul Aalameen.