As the religion established by the Creator Himself, Islam’s teachings display an inherent awareness about human nature. It shows an intuitive understanding about the sublime heights to which a humble soul can soar high- or rather, be lifted up by the Heavenly Grace. It also indicates the darker depths to which the arrogant self would be brought down by the raging fires of Hell within when it moves away from its truer moorings. 'Did We not give him two eyes, a tongue, two lips, and point out to him the two clear ways (of good and evil)?' (HQ, 90: 9-11). 'Truly We guided him upon the way, be he grateful or ungrateful' (76: 4).
According to the Book of God, what lays ahead for the human soul as well as for the wider fortunes of a nation is entirely based on the choices they prefer; the informed decisions they make concerning their own material and spiritual futures. Indeed, the God-gifted free will allows the humans to choose their life journeys: both the highways of righteousness and moderation, and of evil and injustice are open for selection by individuals and their communities and nations. The Holy Prophet (sa) clearly advised, 'O people! There are only two highways: the highway of good and the highway of evil. Make not the highway of evil more beloved to you than the highway of good'. Whether to become a people of moral responsibility and ethical restraint, who prefer racial and religious amity, tolerance of other ways of life, compassion for the less privileged, and show residual goodwill for all fellow beings- including animals and nature; or to become a society of maniacs who thrive on conquest, disorder and triumphalism- each could pursue what one prefers in this world for as long as Allah (swt) wills it so. After all, the final outcome or the eventual judgement of all matters are in the Hands of Allah (swt).
In the perplexing surroundings of life on earth, the human soul craves for pure guidance: it is to aid and help in this latent human quest for illumination that Allah (swt) sends His messages through His chosen representatives in every era- a sublime act of mercy for His earthly creatures. Indeed, the advent of the Holy Prophet (sa) and the exemplary model of patience and steadfastness and Divine consciousness he left behind as his life in this world is a perennial source of inspiration for all those who are at crossroads of life, but remain in awe of God at all times: 'The Messenger of God is an excellent model for those of you who put your hope in God and the Last Day and remember Him often' (HQ, 33:22).
Indeed, the Book of God left behind by the Prophet (sa) provides all encompassing guidance to the human soul, illuminating the correct and straight path to tread in the contingent circumstances of our earthly life. According to the Promised Messiah Hazrat Mirza Ghulam Ahmad (as), there are over 700 verses of clear rulings in the Holy Qur’an and it is only by being aware of, and following them in full measure, that we become believers. Hazrat Mirza (as) wrote:

‘...beware and do not take a single step contrary to the teaching of God and the guidance of the Quran. I tell you truly that anyone who disregards even a small injunction of the seven hundred commandments of the Quran, shuts upon himself the door of salvation’.(Noah’s Ark, p. 42, UK edition, 2018).

'Darsul Qur’an' in the Jamaat 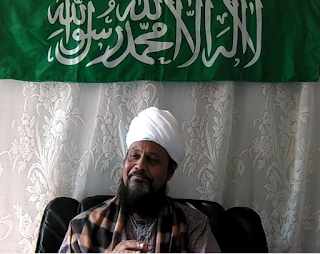 Jamaat Ul Sahih Al Islam International, under the stewardship of Imam Muhyi-ud-Din Al Khalifatullah Al Massih Al Maoud Hazrat Munir A. Azim (aba) of Mauritius,  is the Divine instrument of this morally-darkened era- established for the pure purpose of leading people back to the true Islam. It is by re-igniting the Divine Light in each heart that the Jamaat seeks to accomplish its objective of ‘creating a new world’ in these broken times. Over the last two decades of his Divine mission, Hazrat Khalifatullah (aba) has been a servant of the Holy Qur’an: with literally every sermon and discourse, addressed to one and all, disclosing pure verities of Divine wisdom contained in the Holy Book; teaching the Jamaat  to love rendering service to the Lord of the Qur’an by striving to become a “walking Qur’an”, as it were, in everyday life. 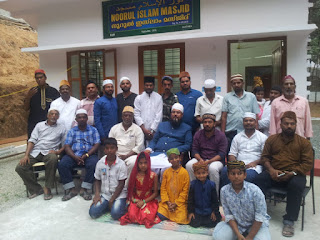 Alhamdulillah, Summa Alhamdulillah, as the Jamaat Ul Sahih Al Islam-Kerala, India is completing a decade of its identity as a spiritual commune in the coming weeks, it is gratifying to note that this Jamaat takes its service to the Qur’an with infectious enthusiasm.  Mukarram Amir Dr Tahir Saheb of Kannur, senior Naib Amir YK Harriz Saheb of Alappuzha, Abu Baker Saheb and Abdul Hakim Saheb and other brothers who associate with the Jamaat have devised their own methods for propagating the message of Islam in their own distinct platforms and formats. Likewise, Mukarram Amir R. Jamaluddin Raother Saheb of Mathra is leading from the front in sharing the essence of the Qur’an with a wider public.

From the blessed days of last Ramadan, the Amir Saheb has been offering Darsul Qur’an on a daily basis and the recorded audio files have been circulated over social media through What'sApp, reaching Malayalam listeners, members of the Jamaat in India, as well as the others- Ahmadis, other Muslims and non-Muslims alike. Moreover, the Amir Saheb has recently compiled a Book of Qur’anic commandments, in Malayalam. Inspired by the words of the Promised Messiah (as) regarding 700 commandments in the Qur’an, he took the initiative in locating the  specific commandments from the Book of God for the benefit of everyone. Likewise, auguring well for the future, it is heartening to note that younger members of the Jamaat are getting involved in taking several video lessons of Qur’anic verses, as explained by the Amir Saheb in Malayalam, being made available over the YouTube.
May Allah (swt) accept and bless all the spiritual and secular projects, and the mighty striving of His humble servants in their quest for His approval and pleasure, Aameen.
Email ThisBlogThis!Share to TwitterShare to FacebookShare to Pinterest
Labels: Holy Prophet, Holy Quran, Jamaat Ul Sahih Al Islam, Jamaluddin Sahib, Kerala Jamaat, Khalifatullah, mathra, Promised Massih (as)
Older Post Home