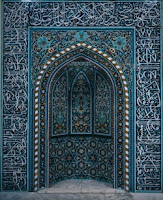 These revelations are a waking call for all my disciples in the Jamaat Ul Sahih Al Islam, as well as all Muslims in Mauritius; for those brothers and sisters who are being persecuted on the basis of their religion (i.e. Islam) in their workplace, especially in the government service, whereby their promotions were written off. They were deeply affected and disappointed because incompetent people were chosen over them for those key jobs.

Moreover on that date, 08 January 2020, when I woke up for Tahajjud prayer, this verse came many times on my tongue: Inna-lillaahi wa inna ilayhi raajeeoune.

When I finished performing Wu’zu, this verse again came to my lips many times instead of the duah after Wu’zu. I understood that there will be some bad news, some worries, sorrows and even difficulties.

Then, in the morning itself I got a sad news on one issue and at night, after the Maghrib prayer, I received the sad news of the demise of Razia Hariz Sahiba!