What does Islam ask of Us ? 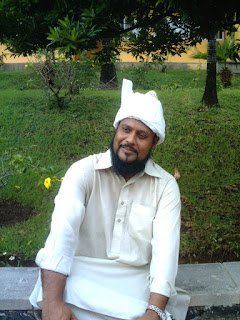 Jamaat Ul Sahih Al Islam is not a new religion. It is a Jamaat among the other Jamaats that Allah (swt) has raised in this century to distinguish that it is in this Jamaat that Allah (swt) has sent His Chosen One with the Ruh’il Quddus (Holy Spirit) to remove humanity in general and particularly the Muslims from darkness (obscurity), and bring them towards the true teachings of Islam - divine teachings - because the true teachings were flouted by the so-called scholars, so-called connoisseurs of religion whereby they invented many non-Islamic things they took from other religions, from other non-Islamic cultures and brought them in the Deen (religion) of Allah, i.e. Islam. And it is a religion which Allah has Himself given the name, like He declared in the Holy Quran:

Al-Yawma ak-maltu lakum Diinakum wa atmamtu alaykum ni’-matii wa raziitu lakumul Islaama Diinaa. “This day I have perfected for you your religion, and have completed My favour upon you and I am satisfied with Islam as a religion for you.” (Al-Maida, 5:4)

So you see how it is Allah (swt) Himself Who has perfected this religion and completed His favour upon us. That is to say, He has put therein all that is good for us, all the divine codes so that we may lead our lives in His obeisance, Him Who is our Creator, and the obeisance of His Prophet (pbuh), wherein (i.e. the Holy Quran) He has put not one, not seven but seven hundred (700) commandments for us to abide and follow and it is in this Book itself that we shall have solutions to all problems. All remedy is found in the Holy Quran, and it is for this reason that Islam and the Holy Quran shall always walk hand in hand for they are both final; there shall never be another religion other than Islam, neither another religion nor another Perfect Book other than the Holy Quran and that is why Allah (swt) says: “I am satisfied with Islam as a religion for you.”

So, today what has happened in the religion of Islam? To cut it short, we see that the so-called scholars in religion, the so-called great Ulemas have trampled this pure teaching [i.e. the Islamic teachings] and they invented all kinds of rules and laws which are not Islamic at all and introduced all these and other innovations in Islam (in this pure teaching).

For example, such important matters - of capital importance - as: (1) Closing the door of prophethood – barring the door for the coming of prophets of God, yet they are at the same time waiting for the advent of a prophet whose mission was not for the  Ummat-e-Muhammadiya (pbuh). Such belief is against what Allah has established in the Quran and they say that such prophet (i.e. Jesus) has gone to heavens with his physical body and that he is alive. Moreover, they believe that this prophet will come down on earth to reform the Muslims. This belief as well is against the teachings of the Holy Quran for Allah (swt) has said that the one that they are waiting for had been sent to the Children of Israel and his mission was to fulfill the laws/ mission of Moses (as).

(2) Closing the door of revelation. When they close the door of revelations, that means that (for them) no other prophet shall ever come because revelation descends upon a Prophet chosen by Allah. This is also against the Holy Quran and there are many verses which supports what I am saying but to cut it short, I mention only one: “And if there comes Guidance from Me, whoso follow My Guidance will have no fear and will not be afflicted.” (Al-Baqara 2:39).

(3) There are those who erect Dargas (Mausoleums for the Dead) as if Mosques, and they go on the tombs of Pirs and commit Shirk on these tombs. Allah (swt) has said that Shirk is such a sin that He shall never forgive [i.e., if the person never returns back to the right path and dies in Shirk]. So all these deeds are absolutely Shirk. Allah says in the Quran :

What do you see today? The doors of the Mosques have been barred for the women, and there is neither prayer in congregation nor Jumu’ah nor any other Islamic (Deen) programmes for the education of these ladies and girls. Today look at the condition of women and girls in the matter of their clothing, whereby they are taking other paths – deviating paths – because the door which shall bring them close to Allah (swt) has been closed whereas hundreds and thousands of doors which lead them to the Satan have been opened.

What does Allah (swt) say in the Quran? - “O you who believe (Muslims)! When the call is proclaimed for the Salat (prayer) on the day of Friday (Jumu'ah prayer), come to the remembrance of Allah [Jumu’ah religious talk (Khutba) and Salat (prayer)] and leave off business (and every other thing), that is better for you if you did but know! And when the Prayer is finished, then may you disperse through the land, and seek the Bounty of Allah: and celebrate the Praises of Allah often: that you may prosper.” (Al-Jumu’ah, 62:10-11).

Allah says: 'O you who believe…' Are the women not believers as well? Those great connoisseurs have established so many innovations which are not Islamic at all, such as: Khattam, Chalisma, Mawlud, etc. On the other hand, as for the things which Allah made understand that it is necessary to believe, they reject all that. The signs of Allah such as divine manifestations, divine revelations where Allah sends His angels to give revelations, the perfect Book of Allah (the Quran) - in which there is no doubt - If they follow the teachings found in this Perfect Book, many things [the instructions and commandments therein] that Allah has said to do, they will do, and whatever Allah has forbidden to do, and condemned as sins, they will remove themselves far away from all of these - yet Allah (swt) clearly mentioned all this in the Holy Quran. Now, let’s see what Allah (swt) said about the people who refuse to believe in everything He has commanded mankind to believe:

Those who reject all the commandments/ beliefs which Allah (swt) has mentioned in this verse, Allah declares that on the Day of Judgement (the Last Day), these people shall be far removed from the right path and shall be led astray. So, these people are merely Muslims in name only; they say that they pray (perform their Namaz/ Salat), yet they frequent the Dargas at the same time, and they also reject the Chosen Elect of Allah (swt) and despite the fact that the angel is bringing revelations for the welfare of humanity as a whole, and most particularly for the Muslims, the latter reject the divine instructions which Allah has established in His Perfect Book and they instead prefer to believe in innovations (such innovations as the Tabeez system, removing evil eyes [in the unislamic way], and tying black threads, etc.)

When you have faith in Allah, His angels, and read His sacred books, so see what He has said therein: Obey the Prophets He sends. So, when you do this [i.e. you obey Allah by obeying His Prophet], you would not have turned your back to the instructions of Allah. This is what Allah (swt) says in the Holy Quran:

“O you who believe! enter wholeheartedly into submission to God [enter perfectly in Islam] and do not follow in Satan’s footsteps, for he is your sworn enemy.” (Al-Baqara 2:209).

When Allah (swt) says: those who truly have faith, enter Islam completely, that is, believe in Allah, His angels, His books and He mentions His messengers. Allah (swt) even made people understand in the Quran that He (swt) sent the prophets to bring good news and also to warn them.

Now reflect upon what will happen to the one who rejects a prophet of Allah, such a prophet whom Allah has Himself sent and Who ordained the angel to give him revelations? Will your faith in Allah and His Elect (Servant) be more important or will marriage to someone who rejects the faith - someone who has not accepted the signs, manifestations and prophets of Allah - matter to you?

Allah (swt) has already made us aware of those who do not even accept Allah, His Deen (Islam), His Prophet and who pray idols and giving these idols much more importance than Allah; such idols which have no power at all!