SYRIA: Some Prophecies and the War Clouds 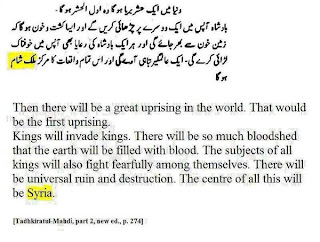 According to the Holy Qur’an, men of purified intelligence can ‘read’ the ‘world’ as a ‘text’. For, the Signs of Allah are present everywhere for the discerning eye. And there are many prophecies that will find there fulfilment in the promised Latter Days of Islam. Many of these prophecies have been indeed fulfilled in the times of the Promised Massih Hadhrat Ahmad (as). And hidden dimensions and other subtleties of those prophecies unclear in the previous era will unveil itself and become apparent in the present times, Insha Allah, with Allah the Most High raising His Chosen Messenger for the era, Hadhrat Munir Ahmad Azim Sahib (atba) of Mauritius amongst us, Alhamdulillah. 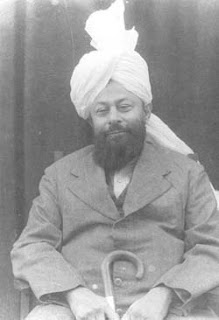 One of the stunning prophecies made by the Promised Massih Hadhrat Ahmad (as) was about the arrival of the ‘Zaki Ghulam’/ ‘Musleh Maoud’ in the Jamaat-a- Ahmadiyya, who would be a servant of Allah for his times. Ruminating on future world events, the Promised Massih (as) indicated about troubling times ahead when there will be wars and countries invading one another, and instances of kings subjugating kings. He specifically mentioned that the centre of these all-encompassing troubles shall be Syria and that is the political and material context in which the Musleh Maoud would be making his Divine Mission. Most aspects of the signs were fulfilled in the times of Hadhrat Khalifa Sani Mirza Bashir-ud-Din Mahmud Ahmad (ra), physically and literally. When Hadhrat Khalifa Sani (ra) made his public claim of being the Musleh Maoud, the Second World War was  still raging and there were troubles all over the Middle East and beyond, as indicated in the sacred prophecies. 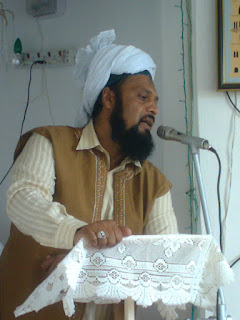 It is astonishing to note that a great blessing for our times is that Allah has once again raised a spiritual son of the Promised Massih (as) with the grand title of ‘Musleh Maoud’ on February 20, 2004. It is also instructive to note that the political and military scenario emerging and unfolding in our times as well point to the arresting scenarios divined in the prophecies, if one pays close attention to the developments in the Arab world in the last decade and elsewhere. Indeed, for those who believe in Allah and His astoundingly subtle ways, these are times of a second Musleh Maoud in the personhood of Hadhrat Munir Ahmad Azim Sahib (atba), spiritually and metaphorically fulfilling the great Divine prophecies in this era. 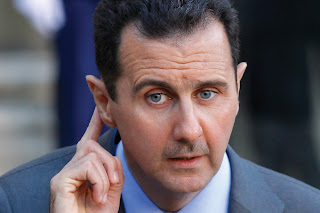 War clouds are now hovering over Syria. The on-going civic and military strife between the regime of Bashar Al Assad and the opposition militia is devastating the land. And it is increasingly likely that the raging battle will move towards further escalation in the coming days and months. Thoughtful observers already point to the vultures in the sky, with the United States, Israel, Russia, China, European Union and other players calibrating themselves for a war. Will the war in Syria descent into a regional war, consuming Iran, Turkey and the wider Middle East region in its wake? How it will impact on the common people everywhere, with the energy security of nations in peril? We reproduce below an insightful essay on the Syrian situation by MJ Akbar, one of India’s most distinguished editors and authors. This was written for, and published in, the Times of India, March 24, 2013.

Is America planning to commemorate the tenth anniversary of the war which eliminated Saddam Hussein and destroyed Iraq with an intervention in Syria?

Jaundiced Arab eyes are asking a cynical question: if Lady Camilla and Prince Charles drop by to see war refugee Syrian children at a camp in Jordan, as they did on 13 March, can NATO troops be far behind? Observers are adding 2 plus 2, and perhaps getting 5. But they note that when Republican Senator John McCain puts on his best stentorian manner and claims Bashar Assad is committing genocide against his own people, something is beginning to cook in Washington. Across the Atlantic, Britain and France have urged the European Union to lift a ban on weapons for Syrian rebels.

Little flakes point towards a storm. This clamour, half official and half unofficial, seeks to suggest that only Nato can rescue a crucial nation on the geostrategic map from the despotic and dynastic rule of the Assad family. So far, the war in Syria has been an uneven contest between a Russian-backed authoritarian regime and disparate rebel groups.

International intervention means nothing without American involvement. Britain and France have neither the stomach nor the wherewithal for unilateral action.

Barack Obama is not a pacifist, as evidence from Afghanistan, Pakistan and Yemen proves. But he is too smart to repeat the foolishness of George Bush the Younger. He will not use lies as justification for war. He has laid down a "red line": the use of chemical weapons, which the Assad regime possesses. A flutter went up this week when both government and rebels accused each other of using chemical weapons. Washington reacted calmly, ordering its intelligence analysts to check the allegations. At the moment of writing this is still in progress. If Obama does go to the United Nations it will be with solid evidence, not hearsay manufactured in the neocon imagination, as Bush did.

Bush made unforgiveable errors. His target was Saddam Hussein, and he went to war against the whole of Iraq. Obama will choose his enemy more carefully. He will more probably concentrate his military attention on the elite that controls Damascus, and avoid battle to the extent he can with the Syrian army. This would mean maximum use of missiles and warplanes, and minimal use of infantry. The official Assad palace in Damascus is atop a high hill and very vulnerable to air assault, but the Assads understand that and have moved out. But dominant air cover will be invaluable to rebels who have already reached the edge of Damascus.

Obama is unlikely to risk American boots on the battlefield. The heavy lifting on the field would probably be left to Turkish troops; Turkey is a member of NATO, and has provided refuge and sanctuary to both civilians and fighters. It has an important national interest in the outcome of this conflict. Nor can Assad hope for popular support in his own country. His Shia sect, the Alawites, who form only 10 per cent of the population, have alienated the Sunnis. Foreign intervention will get just that touch of local support that makes its efforts credible.

The tough part may not be the big war in the beginning, but the small wars of succession that will plague Syria in the aftermath. The rebels do not ride under a single flag. Their motivation varies. Some of them are Islamists; others dream of becoming regional warlords. They could turn Syria into another Lebanon. Afghanistan may be an extreme case, but it is always worth noting that three decades after the Soviet troops were driven out the wars of succession are not over. It is easier to end a war between nations than calm the consequences of an insurrection.

Whatever the eventual price, it is obvious that the present order in Damascus is no longer sustainable. When the conflict was still in its incipient stage, Turkey advised Assad to accept a compromise and lead the change rather than defy it and invite bloodshed. Bashar Assad had seen his father Hafez contain and defeat one challenge after another, and thought he could do so as well. But Hafez Assad lived in an age of dictators and comparatively settled internal and external relations. Bashar Assad rules at a time of turbulence on the Arab street and massive flux in the neighbourhood. He could have been an exemplar of transition. He chose a worse fate. Russia, and China to a lesser degree, will continue to back Assad, if for no other reason than to rebuff America, but not at the cost of their self-interest. Iran is a far more reliable ally, but its ability to protect Assad against a carefully constructed, UN-authorised American-Turkish operation must be in question.

This is a war whose opening stages have become a prolonged prologue. Every war is unpredictable, and no one can say how it will end. But once they start, the middle and end games will be quicker.
Email ThisBlogThis!Share to TwitterShare to FacebookShare to Pinterest
Labels: Ahmad, Ahmadis, Khalifa Sani, Khalifathullah, Munir Ahmad Azim, Musleh Maoud, Promised Massih (as), Prophecy
Newer Post Older Post Home