Questioning the Violence Against Women 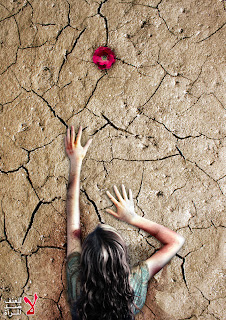 “And when people are brought together,
And when the girl-child buried alive is questioned about,
‘For what crime was she killed?’
And when books are spread abroad,”

The great Qur’anic prophecies regarding the Signs of the Latter Days certainly seem to have come to fruition in our age. A question to ponder: When the signs are apparent and obvious, wouldn’t Allah raise His Messenger as well? As the Qur’an tells us: “There are lessons for those endowed with reasoning”.

Reflective and discerning individuals would be awestruck by the stunning, literal fulfilment of Divine prophecies in our times. Consider this: the single most important fact of our times is the unprecedented and extraordinary phenomena of globalization. The great prophecy of the Holy Qur’an “when people are brought together” is magnificently fulfilled, literally in our times, in several, different ways thanks to the explosion in communication technologies and transportation mechanisms. Likewise, no age before ours has witnessed the transnational exchange of books and ideas as much as we do today: in the age of Internet, the virtual world of cyberspace fosters an information revolution of unimaginable proportions.

It is also of particular interest to note that in our times, at a time when even in Muslim societies, the equality of legal protection offered by Islam to women had been subverted by the misogynist, traditional interpretations, the assertion of women’s dignity and rights, identity and choices have begun to gain legitimacy and recognition in the public sphere. In any case, no age before ours has witnessed as much concern for the protection and dignity and rights of women and girls as much as our own age.

Meeting on the heels of high profile violence cases against women in India and elsewhere that fuelled global outrage and rising demands for justice, the 57th Session of the UN Commission on the Status of Women, March 04- 15, 2013, adopted a forward-looking Agreed Conclusions. The document strongly emphasizes that violence against women is a human rights violation and calls special attention to the need for women’s and girls’ safety in public spaces, and for attitudinal changes through challenging gender stereotypes. It highlights the need to strengthen legal and policy frameworks, with important provisions on ending impunity, and ensuring accountability and access to justice, as well as addressing domestic violence.

Reproduced below is extracts from a Speech delivered on March 08, 2013- International Women’s Day- by the distinguished Executive Director of UN Women, Madame Michelle Bachelet on “Gender-Motivated Killings of Women, Including Femicide”:

This is a harsh reminder that today, in the 21st century, there is still an urgent need to build equality between men and women, equality to live free of violence and discrimination. Gender-motivated killings of women occur everywhere, in every country and culture of the world. It is an issue of universal human rights and inherent human dignity that concerns us all, involves us all, and requires concerted and urgent action from all of us.

The global extent of femicide is estimated at approximately 66,000 victims per year for the period between 2004 and 2009. This represents about almost one-fifth of all homicide victims for an average year. We say “estimated” because in the data we have available for most countries many of these killings are not classified as femicide or gender-motivated killings. Thus, it is currently impossible to know its true magnitude, but we can be sure that the problem is much greater than we can determine from the current statistics and evidence.

Yet all too often the women and girls subjected to violence are violated twice –the first time when they are subjected to violence, and the second time when they seek, and do not find, the services and justice to which they are entitled. All too often the rate of trials and sanctions for these crimes is very low, and when perpetrators are held to account, they are punished for lesser crimes, given shorter and lighter sentences.

The costs of inaction are evident: the needless, premature and devastating deaths of women and girls, and the suffering and loss experienced by families. It is time to strengthen justice systems; provide training to the police and judges to eliminate stereotyping and prejudices towards women; improve support services to survivors and families; and dedicate planning and budgeting to preventing violence against women and girls…
Let me end by sharing some thoughts of what needs to be done to stop impunity and prevent femicide.

First, all countries need comprehensive legal frameworks that create an environment for women and girls to live free of violence and typify femicide as a specific crime. And laws must be implemented, so that cases are diligently investigated, perpetrators brought to trial and the victims or their families offered just reparations.

Second, early intervention by law enforcement and other support agencies is essential for the prevention of femicides. Police forces must develop the capacity to support women´sassessment of the risk they face; provide appropriate and effective protection measures; enforce restraint orders; and refer women to comprehensive social services, including shelters and safe houses.

Third, survivors and families must have access to comprehensive services that ensure access to police and the justice system, shelters, legal aid, healthcare, psycho-social counselling, 24-hour hotlines and long-term support. In all our efforts, we need to engage survivors and place the full human rights of a woman at the centre of any response, so that recovery and justice are supported and the cycle of violence is not perpetuated. And here it is critical to provide services for sexual and reproductive health to protect the reproductive rights of women.

Fourth, it is critical to foster changes in attitudes, beliefs and behaviours that condone or perpetuate violence to prevent violence from happening in the first place. This can be done through awareness-raising, community mobilization, educational programmes, including sexuality education, and support for children and young people who are exposed to violence. And one thing is certain: Preventing all forms of violence against women requires the engagement of all segments of society, and especially men and boys as partners in gender equality and respectful relationships.

And fifth and finally, Governments need to COMMIT to action. We are very encouraged that so far 50 Governments have answered this call by pledging action to end violence against women and girls through the UN Women COMMIT initiative. I call on all Governments to join.

Let us work together to ensure that we keep our promise and women are not at risk of being killed, just because they are women. Let us work for a better and more peaceful world for all.