O you who believe, remember Allah abundantly, and glorify Him morning and evening. (Al-Ahzab 33: 42-43) 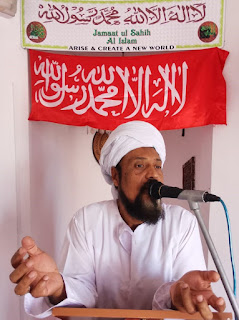 In a Hadith found in Sahih Muslim, the Messenger of Allah (pbuh) said: “When a group of people assemble for the remembrance of Allah, the angels surround them (with their wings), (Allah’s) mercy envelops them, Sakina, or tranquillity descends upon them and Allah makes a mention of them before those who are near Him.”

As you all know, Muharram is one of the four holy months, along with Rajab, Dhul-Qaddah, and Dhul-Hijjah. For the Muslim, it is the start of our new Islamic year. So, I wish all Muslims all over the world, as well as my followers in different countries of the world, a “Naya Saal Mubarak”.
Read more »
Email ThisBlogThis!Share to TwitterShare to FacebookShare to Pinterest
Labels: Abu Hurairah, duah, Hadith, Holy Prophet, Muharram, Naya Saal Mubarak, prayer

On Muharram and Ashura Fasting

“Indeed, the number of months with Allah is twelve (lunar) months in the register of Allah (from) the day He created the heavens and the earth; of these, four are sacred (that is to say, Dhul-Qaddah, Dhul-Hijjah, Muharram and Rajab): That is the correct religion, so do not wrong yourselves during them.” (At-Tauba, 9:36). 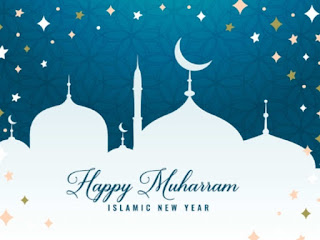 The month of Muharram is one of the four holy months of Allah (swt). They are : Rajab, Dhul-Qaddah, Dhul-Hijjah, and Muharram. Obedience in these months brings more reward and disobedience multiplies punishment.

This is the only month of the year that the Prophet (pbuh) connected to the name of Allah (swt). He called it “The Holy Month of Allah” (Shahrullah al-Muharram).
The emigration (Hijra) of the Holy Prophet (pbuh) from Mecca to Medina did not take place in this month as one would tend to believe. But it was in the month of Rabi-ul-Awwal.

Today Friday is the 4th Muharram 1435 Hijri – the first Friday Sermon of the Islamic Calendar.  It is unfortunate that the Muslims have forgotten their teachings and the important month of their calendar year. Just think how many Muslims have welcomed the sacred month, and new Islamic year, Muharram! Monday the 4th November 2013, the moon was visible and Allah graced us by His immense favour and made us witness the new Islamic year. But unfortunately, and I am sure of it, many Muslims did not take this into consideration, but on the other hand, in more than a month and a half, the New year 2014 shall come. Then just see how many of our Muslim brothers and sisters shall involve themselves to welcome the new year 2014 with festivities, and spending new year’s eve in lighting up firecrackers till midnight.

On the other hand, Allah (swt) has given us an Islamic new year where each of us (Muslims) can make a self-analysis from Muharram last till this Muharram to see which progress has been made in our everyday mundane and spiritual. Is it that when we saw these weaknesses in spirituality, be it for our obligatory prayers, Zikr, the reading of the Holy Quran and the other acts of worship, have we done those well? Have we read the Holy Quran with translation and commentary, and have all these practices had a spiritual effect on us during this past Islamic year or not? If not, do we think that with the start of Muharram 1435 Hijri can we take a resolution to ameliorate our lives, especially our spiritual lives?