What is wrong with Ahmadiyya Khilafat? 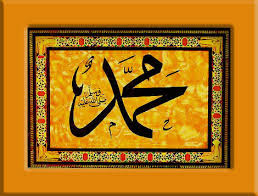 The Holy Prophet of Islam (sa) promised the glad tiding of the arrival of his Mujaddidin or Divine Reformers in every century and warned the believers against complacency in recognizing him. Any one who refused to do so would meet with an ignorant death, the Holy Prophet (sa) warned.

In his classic commentary on the Holy Qur’an, Hadhrat Khalifa Sani Mirza Bashir-ud-Din Mahmud Ahmad (ra) confirmed that Allah (swa) raised, among the followers of the Holy Prophet (sa), a galaxy of Divinely-inspired Reformers who successfully defended him and Islam in every age and guided and led the erring Muslims to the right path. He also pointed out that Hadhrat Ahmad (as), the founder of the Ahmadiyya Community, was the most distinguished of these Reformers and stated clearly that the process will continue till the Day of Judgement. 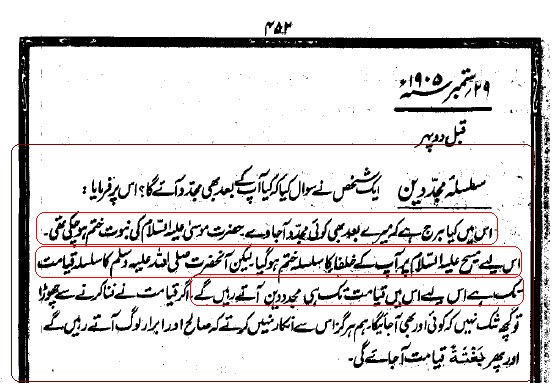 What did the Promised Massih Hadhrat Ahmad (as) say about the aforesaid Prophetic traditions? On several occasions, Hadhrat Ahmad (as) did confirm that both the traditions are based on a Divine Plan to secure Islam in every century. He also specifically said that there is nothing seditious about the appearance of a Mujaddid in the century after his departure. 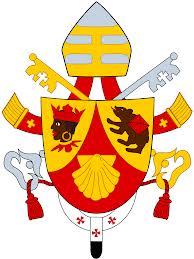 Yet, today the mainstream Ahmadiyya Community follows a Khilafat system that is openly opposed to the appearance of Allah’s favour on believers in every age. Just as the Catholic Pope is in place for over millennia among the Christians, the Ahmadiyya Khilafat has completed a century and they hope to continue this way till the Day of Judgement through the election of the biological progeny of the Promised Massih (as).


The process of electing a Khalifa inside the International Majlis Shura will take care of any vacancy in the office occasioned by the departure of the previous incumbent. No wonder, the Community follows a 'linear' understanding of Khilafat. Once the process is taken care of inside the International Shu’ara, there is no need for any divine guidance for the Community. 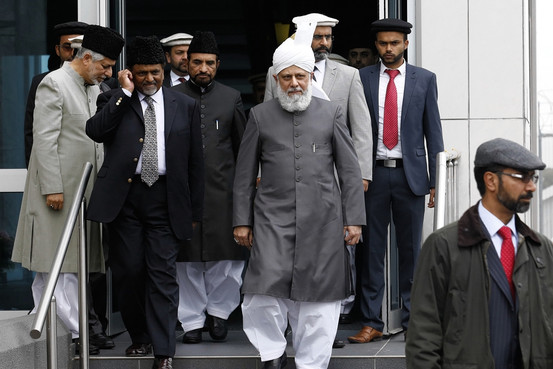 In other words, the International Shu’ara of the Jamaat has already taken over the function of Allah with regard to guiding the Community forever! The only function of Allah is to sit quiet and approve the decision of the Shu’ara (God Forbid).  In short, it seeks to over throw the aforesaid Divine Plan through human ingenuity.

In fact, any effort by Allah to send an Elect of His and thereby strengthen the Jamaat in a new century, will only create hurdles for the ruling elite! Khalifa will be forced to show humility and give space to an Elect of Allah to undertake his Divine . It is ‘unthinkable’ for a Khalifa to vacate his position or even share some space in the spiritual realm so as to accommodate the Will of the Divine. From the majestic tower of their lofty position, any one who claims a Divine will appear insignificant.They are the new "lords" beside Allah.

So, any Prophetic teaching that gives space for Allah to send an Elect of His should be viewed with suspicion and ought to be discredited at the earliest opportunity, irrespective of the fact that the teaching may have been confirmed and recognized by the Promised Massih (as) himself!  The advantage of this logic is that there would not be any mental block in throwing out an Elect of Allah through an administrative procedure within when he comes. Once the Elect of Allah is thrown out from the Jamaat system, deploy the army of Maulvis and Missionaries and Amirain in order to subjugate and brainwash common Ahmadis to toe the line of the leadership. It is precisely this logic that is at work in the Ahmadiyya Community today!

Yet, Ahmadiyya Khilafat is not the only group in history to have deployed human ingenuity to sustain their leadership against an Elect of Allah. And the Ahmadis are not the first group in history to consider that Allah has become weary of raising His Elects. 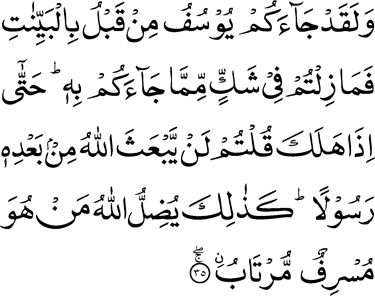 “And Joseph did come to you before with clear proofs, but you ceased not to be in doubt concerning that with which he came to you till, when he died, you said: ‘Allah will never raise up a Messenger after him’. Thus Allah judge as those who transgress and are doubters,

“Those who dispute concerning the Signs of Allah without any authority having come to them. Grievously hateful is it in the sight of Allah and in the sight of those who believe. Thus does Allah seal up the heart of every arrogant, haughty person”.  (40:35-36)

Every Elect of Allah emerges to create 'a new world' and rejuvenate the spirituality in a 'dead earth'. After describing the examples of the people of Noah, the people of the Well, Thamud, Ad, Lot, and the Dwellers of the Wood, and the people of Tubba and Pharoah, the Holy Qur'an asks:

"Have we then become weary with the first creation? Nay, they are in confusion about the new creation" (50:16).