'Keep Away from Spreading Rumours'

That is to say, he comes here and say something and then he goes elsewhere and reports another thing [i.e. not the original wordings]. In other words, he is a great hypocrite and a circulator [of news… i.e. gossip-monger/ tale-teller]. The translator is him who is hypocrite and a tale-teller as he is the one circulating the news on that person and telling it in a twisted manner. He uses such wordings which has not been originally spoken. He puts it in the way that he has understood it, even if the wordings may resemble and mean the same thing. But we should be very careful when doing translations; first of all we should say the exact translation and then we can state that it means such and such things. [i.e. give the exact translation/ meaning of the original sayings, and then you explain what has been stated in the original saying].

That is why when we cross-check this Hadith, we find that those are not the exact wordings of Hazrat Muhammad (pbuh) – i.e. his Hadith. When we look at it closely, we find that these are indeed not the words he used. The Hadith is in fact like this:- Abu Huraira reported: 'The Messenger of Allah (pbuh) said,“Verily, among the worst of people is one with two faces, he who comes with one face to these and another to those" (Bukhari, Muslim).

As for the conclusion we draw from this Hadith, despite the fact that the first choice of words used means nearly the same thing, i.e. double-face and two tongues, two mouths, but the exact wordings which have been used is: two faces.

Likewise, out of the context of the Hadiths, when a circulator readies himself (or herself) to spread some news (on someone), he either add to it or remove some words from the original talk of someone, and thus he change the actual meaning of the saying/ talk.

When we now analyse the Hadith where Hazrat Muhammad (pbuh) has mentioned that the worst kinds of people are those with two faces, this is because the curse of being double-faced remains linked with betrayal (betraying someone) and it becomes an integral part of it.

When we look at the circulation of news and gossip and tell-tales in a global way, we will find that much disorder is created because of those hearsays. Sometimes, it enters the fold of close family circle and sometimes it reaches till a point that family ties are broken, in such a way that it becomes difficult to connect them again. 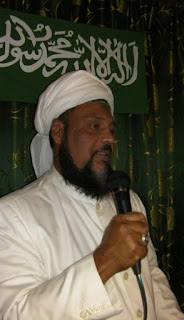 Continuing the series on the theme of 'Ghibbat'- the vice of speaking ill of others behind their backs-, Imam Jamaat Ul Sahih Al Islam Hadhrat Muhyi-ud-Din Al Khalifatullah  Munir Ahmad Azim Saheb (atba) of Mauritius, in his Friday Sermon of 27 September 2019 ~ 27 Muharram 1441 AH,  provides fascinating insights into the working of the human psyche in inter-personal and social settings. There are intimate connections between backbiting and hypocrisy:  whereas a hypocrite will indulge in backbiting; the habit of backbiting can lead the person who indulges in it away from the holy path of Faith. Secondly, while those who indulge in backbiting seek to defame or destroy reputations of others; this vice may have ironical consequences: if the backbiters challenge common sense and attack the reputation of a pious soul, the deception will boomerang on the backbiters, and they will lose face before the people. Likewise, severe backbiting by religious leaders and the priestly class often lead the people away from taking religion seriously. Indeed, people may lose interest in, and they may keep aloof from, the spiritual way altogether. Thirdly, 'Ghibbat' is also a manifestation of other vices in human nature: hatred and jealousy.

During the early days of the Divine Manifestation, the Nizam-e-Jamaat officials in Mauritius brazenly and openly indulged in 'Ghibbat' and other vices against the recipient of Divine revelations among them as they did not comprehend the descent of Divine revelations on someone in their midst. Likewise, people who recognize the sign of God in the person of an Elect of Allah (atba) among them sometimes display great emotions of sincere respect and deep affection and it would be unfair to belittle their sentiments of respect by equating it with Shirk-like practices (God Forbid). Hadhrat Khalifatullah (atba) warns against talking ill about things one do not fully understand, and persons who speak that way need to be wary of the sin of backbiting and hypocrisy.

By the grace of Allah, I am hereby continuing the 3rd part of my Friday Sermon on the subject of “Ghibbat” (backbiting), seeking the defects of others, spying, suspecting and doubting others, putting false allegations, blames etc. on them. Thus, this sermon continues…

Many times, by keeping hypocritical relations with your innocent brothers or sisters, you become a hypocrite. And when hypocrisy arises somewhere, then, there are also possibilities for hypocrisy to develop elsewhere also, in many places/ situations. When someone makes it a habit to adopt hypocrisy, it is “Ghibbat” which becomes a great factor that helps him to become accustomed to hypocrisy.

A hypocrite refers to someone who is accustomed to talking behind someone’s back, but in front of him, he says the complete opposite, and thus gives that person the impression that he was talking in his favour [when this is not the case at all]. In front of him, the hypocrite says lots of things which is very different from his true point of view and what he was really thinking. This is hypocrisy.
Read more »
Email ThisBlogThis!Share to TwitterShare to FacebookShare to Pinterest
Labels: Ahmadis, Ghibbat, hypocrites, mauritius, Munir Ahmad Azim, nizam-e-Jamaat, revelations, sins, Surah Al Hujurat

Prophecies as Tests of Faith

By the grace of Allah, during my visit in their country, my disciples witnessed many divine revelations – such revelations which Allah (swt) had sent down on this humble servant – messages which comes from the Heavens. And whenever Allah (swt) sends a message on any matter/ subject, it may be that you think that this shall come to happen fast or really fast, or you hope to witness that divine manifestation and you can even say with certitude that this revelation/ prophecy shall be realised whereby the one mentioned in the revelation shall have a ghastly end and humiliation.

But when these kinds of people/ believers do not see it happen after witnessing the divine message, and if they have a weak faith, they get upset and they can even stop putting their trust in their Creator. There are even some people who lose faith and leave the fold of the Divine Manifestation.

Like the Quran mentions, for those who had weak faith in the times of the noble and holy prophet – Muhammad (pbuh), when the latter told/ prophesised something, this was not realised on the spot. Therefore, read the Quran and you shall see what these kinds of people used to say: “Allah and His Messenger promised us nothing but delusion!” (Al-Ahzab, 33: 13).

Allah (swt) tried them at the same time but they lost patience and got many bad thoughts on Allah Himself as well as His Messenger (pbuh) – and this verse also applies in all epochs of Messengers/ Elects of Allah.
Read more »
Email ThisBlogThis!Share to TwitterShare to FacebookShare to Pinterest
Labels: Divine signs, Faith, fulfillment, hypocrites, Prophecy, revelations, true believers

Spiritual Balm for the Diseases of the Heart

“Oh mankind! There has come unto you an exhortation from your Lord, a balm for that which is in the breasts, a guidance and a mercy for believers.” (10: 58).

Alhamdulillah, Summa Alhamdulillah, My Rab (Lord, Allah) has given me this opportunity in my Friday Sermon of today to explain the remedies for diseases of the heart (7th Part: “The Heart”). 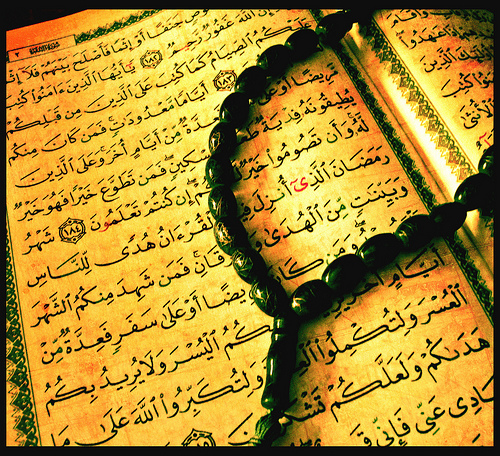 Note that cure and remedies of the diseased hearts lie only in obedience to the Quran and in pure and perfect Iman (faith); you can analyse and try to understand that Allah the Exalted says in the verse of Chapter Yunus which I have recited in the beginning of my sermon after Surah Al-Fatiha.

The Quran is a cure for that ignorance of the heart. Ignorance is a much more fatal disease to the heart in comparison to sicknesses of the body. Diseases of the heart are bad character, evil beliefs, destructive and ignorant customs, etc. The Quran is a salutary healer of all these diseases, for it embraces, advices, admonishes, gives warnings, encouragement, etc. Thus, the cure and healer for the disease of the heart is the Quran.
Read more »
Email ThisBlogThis!Share to TwitterShare to FacebookShare to Pinterest
Labels: balm, heart, Holy Quran, hypocrites, Imaan, zikrullah
Older Posts Home
Subscribe to: Posts (Atom)