The Attributes of Allah- IX

The 'Fall' of Hazrat Adam (as)

Alhamdulillah, Summa Alhamdulillah we continue today on the subject of the attributes of Allah, and man’s thanksgiving to Allah for the sublime favours which He has done to him. We thank Him by mentioning Him by His most beautiful names.

Through the favours that Hazrat Adam (as) benefited from Allah during his creation and also afterwards, it appears to us that the elite has with God states [stages, emotions & connections] that they do not share with any other, and that it is through them, excluding ordinary beings, that God executes His plan. 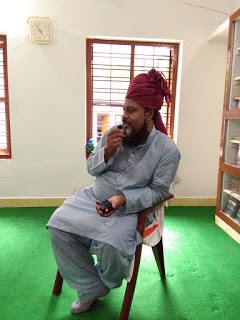 The fact of having eaten the [forbidden] fruit, and the fall on earth which followed, had indeed many happy effects. But how could this disobedience to Allah have had good repercussions, you may ask? Well, in paradise, Adam and his wife knew God only under His attributes of Provider (Al Razzaq), Donor (Al Mu’ti), and Benefactor (Al Muhsin), but in His Secret Benevolence (Lutfihi Al-Khafi) which presides over the divine plan, it pleased God to reveal Himself to them as The Magnanimous (Al Halim), The One Who conceals [faults] (Al Sattar), The Forgiver (Al Ghafur), The Indulgent (Al Tawwab), and the One Who chooses [His elect] (Al-Mujtabi) among many other attributes. His magnanimity in fact meant that He did not hasten to punish them for their act, which is indeed the characteristic of this attribute, which leaves a delay to the sinner (whether to forgive him afterwards and have mercy on him, or to better exercise His power over him by making him suffer a painful revenge).
Read more »
Email ThisBlogThis!Share to TwitterShare to FacebookShare to Pinterest
Labels: Adam (as), Allah, Divine Attributes, Munir Ahmad Azim, revelations

The Truth about 'Isra-Miraj' 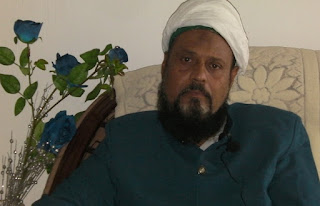 'Isra wa Miraj' is one of the most celebrated events in the Muslim cultural consciousness, and every year on the 27th of Rajab in the Hijri calendar, Muslims mark one of the greatest mystical experiences the Prophet Muhammad (sa) have had in his eternally-blessed life. Whereas 'Isra' points to the Night Journey from Makka to Jerusalem undertaken by the Holy Prophet (sa) in the space of a single night; 'Miraj' denotes the Heavenly Ascension where the Holy Prophet(sa) encountered several Judeo-Christian prophets and finally came into the Divine presence: within two-bows'length of God Himself or nearer (53:10). The spiritual journeys of the Holy Prophet(sa) are significant for the deep connection it establishes between Divine messages of the past and the present- between Islam and the Prophetic heritage of old, with the ancient religions with Jerusalem as their spiritual home. Likewise, it was during the Miraj that the ritual prayer of Islam- the Salat- recieved its present form and shape.

Although rooted in events indicated in the Qur'an, with a range of details described also in scores of sacred traditions attributed to the Holy Prophet (sa); there is, however, much confusion and misunderstanding prevails among the masses concerning the true nature and meaning of the 'Isra-Miraj' journeys. Whether both the Night Journey and the Heavenly Ascension were physical occurrences? Where these journeys point to one incident with two different names, or, are, in reality, two entirely-different incidents, or were they two-stages of one mystic experience? What is the meaning and significance of the 'Isra-Miraj' journeys for devout Muslims- those who aspire to the Divine Presence in the fashion of the blessed Prophet of Islam? On the occasion of the Miraj Shareef- Saturday, 21 March 2020~ 27 Rajab 1441 AH, Imam-Jamaat Ul Sahih Al Islam Muhyi-ud-Din Al Khalifatullah Hadhrat Munir A. Azim (atba) of Mauritius made a well-rounded speech after the Salat-ul-Esha to explain concerning the 'Miraj and Isra'.

Here is the Text of the Speech: