We are living the days and nights of an exceptional month; a blessed month that has a lot of benefits and an opportunity for every Muslim. In order to enjoy it fully, it is important to know what this month symbolizes and what we can draw from it so that we can acquire the divine love and salvation, and hope to enter paradise one day. Insha-Allah. 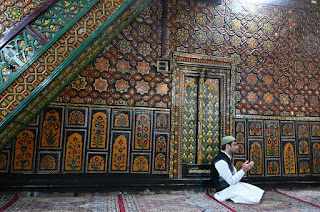 Our beloved prophet Hazrat Muhammad (pbuh) said, “There has come to you Ramadan, a blessed month, which Allah, the Mighty and Sublime, has enjoined you to fast.” (Nasai).

For some Muslims, the arrival of the month of Ramadan is not welcomed because they will have to deprive themselves of food and drink and a lot of pleasures that they used to do. However, for a true believer, Ramadan is synonymous with Allah’s favour because this month is:

(1) The Month of Victory

Ramadan is a symbol of the victory of Islam and the Muslims because it was during this month that the first great battle took place at Badr on the 17th day of Ramadan in year 2 of the Hegira (AH) between the Holy Prophet Muhammad (pbuh) – accompanied by his 313 companions / believers – and the infidels of Mecca and it was the Muslims who came out victorious. It is during this month that Allah chains our worst enemy, Satan, so that each individual can be victorious over him. 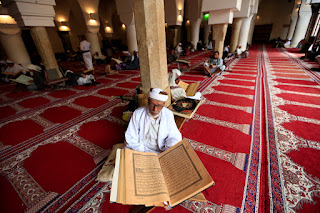 It is an undeniable truth that our life on earth is marked by a perpetual fight against Satan. He swore to deviate us from our Creator and to enslave us through his many attractions. He desires at all costs to separate us from the Master of the Worlds [Allah] and to make us become his own slaves; like puppets moving at his command. This makes Ramadan an opportunity to free ourselves from Satan’s slavery and avoid his traps. If a person cannot get the upper hand on Satan during the holy month of Ramadan, when does he think he can do it? That is why Allah and His Messenger (pbuh) taught us that through the prohibitions imposed during the holy month of Ramadan, and through our attachment to Allah and spirituality (Islam), we need to abandon Satan and prevent him from attacking us.

So who will succeed in this initiative? They are the true believers! It is for them that the gates of paradise will remain open and the gates of hell will remain closed. Allah gives each of us an opportunity to reform, to take the right path and to keep treading on it. It is for those who will take into consideration these divine counsels and commands that the demon will not succeed in influencing.

(2) The Month of Purification 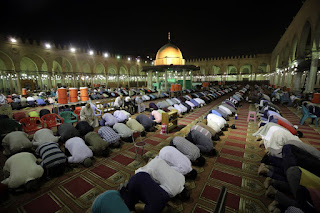 Ramadan is a month in which we purify our ego, our primal Nafs (i.e. Nafs-e-Ammarah) and increase our Taqwa (piety) to improve our relationship with our Creator, such a relationship that we have, in one way or another, spoiled during the previous eleven months by provoking His anger. It is therefore a month to seek the satisfaction, the pity, the forgiveness and the blessing of our Creator.

Through fasting, we attain piety, we reach the pleasure of Allah. So Ramadan is the best opportunity for us to prove to Allah that despite our many failings, our faults, the sins we commit and our negligence, we always feel love and fear for Allah and that we shall always need His goodness and mercy to guide us in the right way. Moreover, Allah (swt) promised that whoever fasted the month of Ramadan with fear of Allah and hope in His mercy, He will have Allah Himself as a reward.

(3) The Month of Patience

Ramadan is also a month that brings us to be patient in all stages of our life. Our beloved prophet Muhammad (pbuh) said, “The month of patience (Ramadan) and three days of each month is fasting for a lifetime.” (Nasai, Ahmad).

In this Hadith, the Messenger of Allah (pbuh) calls the month of Ramadan the month of patience. This proves that this month is the best opportunity for us to develop patience in ourselves so that we remain in the obedience of Allah, that we resist the attacks of Satan and that we manage to master ourselves in times of misfortune. 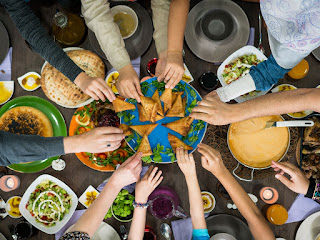 According to this Hadith, we understand that fasting is an act of worship (Ibadah) that teaches us to be patient.

(4) The Month of Forgiveness

It is certainly a favour of Allah if we can, this year again, observe the fast of Ramadan for Him. A further opportunity is given to us to come closer to Allah and ask Him to forgive us for our faults and sins. It is a golden opportunity for us to get rid of this burden of sin and to start from scratch to shape our life, our soul and our actions and intentions in the way that will please Allah. If a person finds Ramadan, and does not succeed in purifying himself and asking for forgiveness for his sins, and does not reform his behaviour, then the whole life of that person is wasted; at least until he realises his error and takes upon himself to reform his life, but if he does not seize this opportunity to receive the exceptional blessings of the month of Ramadan, then it will be really unfortunate for him.

The Holy Prophet Muhammad (pbuh) said: “Whoever observes fasts during the month of Ramadan out of sincere faith, and hoping to attain Allah’s rewards, then all his past sins will be forgiven.” (Bukhari).

(5) The Month of  Promotion

Ramadan is also the month during which the acts of Ibadat are multiplied for the one who accomplishes them and through these acts of Ibadat, this person (whether a man or a woman) approaches his Creator. The rewards of fasting are certainly unlimited. 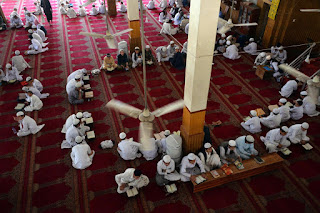 Our noble prophet Muhammad (pbuh) said: “Every (good) deed of the son of Adam would be multiplied, a good deed receiving a tenfold to seven hundredfold reward. Allah, the Exalted and Majestic, has said: With the exception of fasting, for it is done for Me and I will give a reward for it, for one abandons his passion and food for My sake.” (Muslim).

With Ramadan, also comes the Laila-tul-Qadr, a night during which we get rewards of more than 1000 months. Anas bin Malik (ra) reported that on the first day of Ramadan, the Messenger of Allah (pbuh) said, “This month has come to you, and in it there is a night that is better than a thousand months. Whoever is deprived of it is deprived of all goodness, and no one is deprived of its goodness except one who is truly deprived.” (Ibn Majah).

So, Ramadan is a month filled with rewards of all kinds. There are many people who take advantage of the month of Ramadan to go [to Mecca, Arabia] and accomplish their Umrah in the state of fasting. It is because of a Hadith where the Holy Prophet Muhammad (pbuh) said: “The Umrah fulfilled in Ramadan is equivalent to Hajj [or a Hajj with me].” (Bukhari).

(6) The Month of  Deliverance

Ramadan is a month during which Allah frees His slaves from the fire of hell. The noble prophet Muhammad (pbuh) said: “During the month of Ramadan, Allah delivers people every day and night from the fire ...”. (Ahmad). 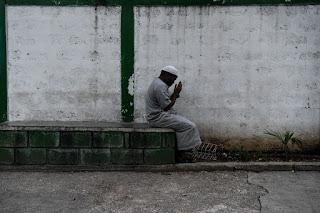 So, if a person really has one iota of fear of Allah and the punishment with which Allah has threatened him, i.e., hell, in his heart, then he should take this month as an opportunity to reform his conduct and make the most of this month in the search for Allah’s forgiveness and proximity through prayer (Salat), invocations (duahs), Zikr and other Ibadat such as Tilawat-i-Quran (reading the Holy Qur’an), giving food to the poor, spending much in charity, giving Zakat, performing all the obligatory acts and to take the blessed opportunity also to perform supererogatory acts also and to do many works of religion (Deen-i-Islam). And by these means, we will obtain the forgiveness of Allah and we will have the training to stay on this good path during the rest of the year.

We must not allow this month to go away without maximizing its benefits. Ramadan should not become a mere [an ordinary] one month when people starve themselves for a certain number of hours. We must not waste time in useless things. There are many people who kill time in the kitchen or sleeping or in other useless occupations that are not acts of worship. Then, the Ummah has to pull itself together and make sure that it lives a true Ramadan as taught by Allah and His noble prophet Muhammad (pbuh), otherwise, that what is the use of Ramadan? Why did Allah give us such a month? Why stay without food and drink? Allah does not look at all this! On the contrary, He wants to reform you, to give you the opportunity – a favour from Him – to reform yourselves. He wants by this means to forgive you, and that you reach Him – become near to Him. It is a new chance that Allah gives to all His servants to change their lives for the better, and to stay in the right path (Siratwal Mustaqeem), and to free yourselves from all influence that Satan has on you (where in the past you let yourselves be drawn to him [Satan]).

(7) The Month of Invocations (Duahs). 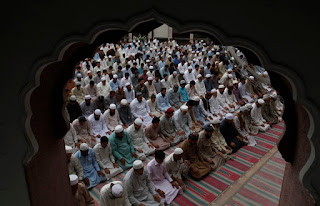 Our beloved prophet Muhammad (pbuh) said: “Make duah to Allah in a state that you are certain that your duah will be responded to, and know that Allah does not respond to a duah that originates from a negligent, inattentive heart.” (Tirmidhi).

And during the month of Ramadan, Allah hears the invocations of His fasters in large numbers. According to Abu Hurairah (ra), the Prophet (pbuh) said: “There are three persons whose invocation is not rejected: the righteous governor, the faster when he breaks his fast and the invocation of the person who suffers an injustice.” (Tirmidhi).

So, Ramadan brings us a great lesson. Without our devotions, Ramadan has no identity, and without Ramadan we will not get a second chance in life. Ramadan embraces the desire of Allah to perceive us as beings who are close to Him, and He established Ramadan for this purpose so that He will forgive us and place us on the right path. Now, if at our level we make no effort, then the month of Ramadan will pass before us without us doing anything to maximize its benefits; we will burn the chance presented to us to accede the presence of Allah, so that He may forgive us and grant us His pleasure and paradise. The more efforts we make to go towards Allah during Ramadan, the more paradise will come to us. And the more we retreat from Allah during that month, the closer hell will come to us, and we will lose all blessings. Therefore, be careful. Do not let this great opportunity pass, and devote yourselves completely to Allah.

May Allah help us to have Him – Himself – as our reward during this month, and for the rest of our lives on earth. Insha-Allah, Ameen.