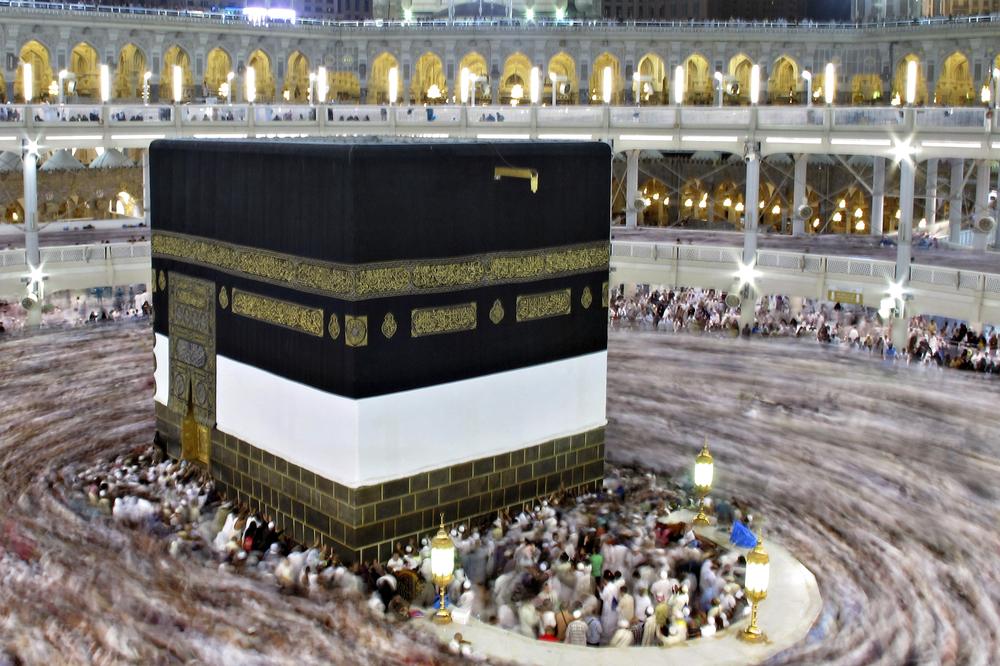 Insha-Allah, we celebrate the Eid-ul-Adha on Sunday 05 October 2014. Therefore, in today’s Friday Sermon, I shall put before you some Hadiths which has connection with the Eid-ul-Adha.

Abdullah ibn `Abdul-Rahman ibn Abza from his father (May Allah be pleased with him) narrated that the Prophet (peace be upon him) used to say in the morning and in the evening: “We wake up on pure Islam, the word of Tawhid (monotheism) and on the religion of our Prophet Muhammad (peace b upon him) and on the religion of our father Ibrahim (Abraham) who was purely a Muslim and never was from the polytheists.”(Ahmad)

Hazrat Abdullah Ibn Umar (May Allah be pleased with him) narrated that Hazrat Muhammad (peace be upon him) recited out loud : “Labbaik Allahumma Labbaik, Labbaik Laa Sharika Laka Labbaik, Innal Hamda wan-Ni’mata Laka wal Mulk, Laa Sharika Laka” – (Translation) I respond to Your call O Allah, I respond to Your call, and I am obedient to Your orders, You have no partner, I respond to Your call All the praises and blessings are for You, All the sovereignty is for You, And You have no partners with you. – He cried out that attestation of the unity of God (that is, the Talbiya) and that is all. (Bukhari & Ahmad)

Hazrat Shaddad ibn Aws (May Allah be pleased with him) narrated that Hazrat Muhammad (peace be upon him) used to recite this supplication (duah) in his Salat(prayer): “O Allah, I ask You for steadfastness in keeping Your command. And I ask You for firmness of resolution in (pursuing) the right path…” Therefore, even for doing good deeds, pursuing the right path, there cannot be ‘firmness of resolution’ without duahs (supplication to Allah).

Hazrat Muhammad (peace be upon him) was the one who showed the most firmness and perseverance and also he used to seek the help of Allah through prayer/supplications to Allah (duah), and he sought guidance, that is, the right path, intelligence and perspicacity. This is what is called ‘Rusht’ (the ability to distinguish good and evil). 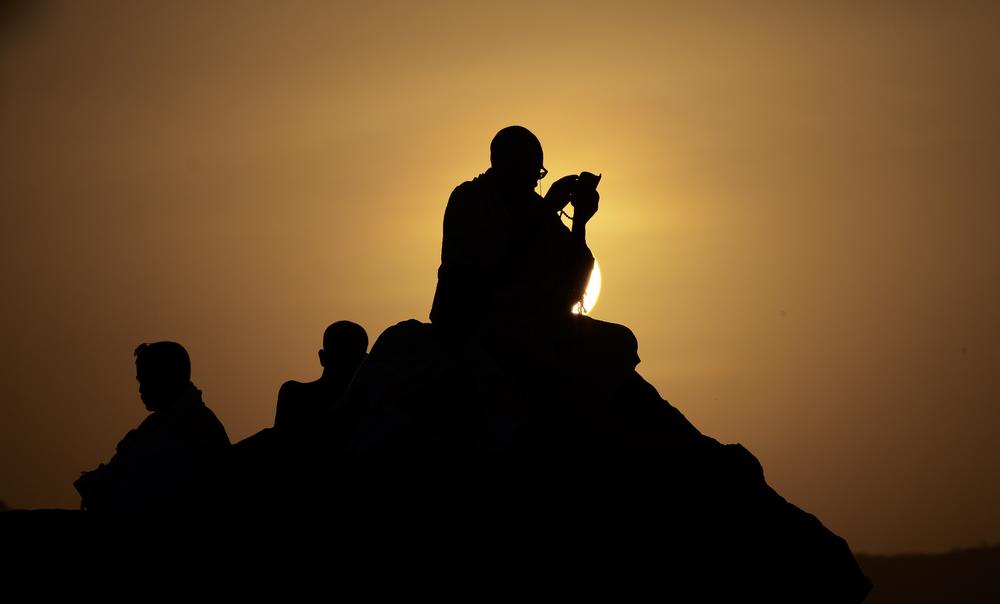 “...And I ask You (enablement) to be thankful for Your favours and to worship You in the best way. And I ask You for a truthful tongue and ‘Qalbi Saleem’ (a sound heart)…”

Now, nobody has received a purer heart than Hazrat Muhammad (peace be upon him) and there has not been any person who has been more truthful than him on earth. Therefore, in this way, we can correctly say that it is Allah who gives the ‘Qawli Sadid’(clear/truthful speech), ‘Qawli Salim’ (pure speech) and ‘Rusht’ (the ability to distinguish good and evil), otherwise there is no other means to acquire all these!

Then Hazrat Muhammad (peace be upon him) said: “…And I seek refuge in You from the mischief that You know and I ask You for the good that You know. And I seek Your forgiveness for (sins) that You know Indeed, You are the Best Knower of the unseen.” 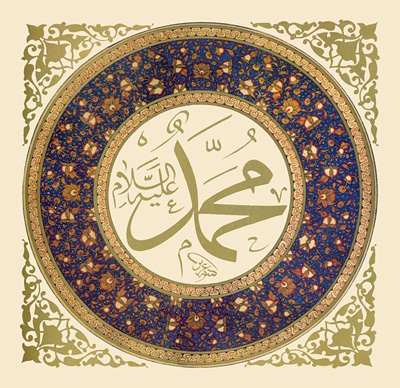 Now, many people usually seek refuge against evil which they encounter. There are times; even atheists begin taking the name of Allah when they are immersed in evil. But Hazrat Muhammad (peace be upon him) showed us to seek the harm of any evil even before that evil (which is known to Allah) reaches us. It is when you are in your comfort, in peace that you should seek protection from Allah against that harm or evil which you do not know or aware of, because even if you don’t know but Allah knows about it. That knowledge is concealed in Allah. “Afterwards I seek refuge from all things which You (Allah) know (and I don’t know).”

Therefore, on a continuous basis people commit sins or mistakes and there are such sins or mistakes which they do unknowingly, which are not within their scope of knowledge! Therefore, “All evil which You (Allah) are aware of, I seek deliverance from that.” This was the prayer of Hazrat Muhammad (peace be upon him). (Sunan Nasaï & Musnad Ahmad)

Sufyan bin Abdullah (May Allah be pleased with him) narrated: I asked: “O Messenger of Allah! Tell me, of something to which I may remain steadfast.'' He (peace be upon him) said, ‘Qur-Rabbi Allahu Summastakim’ (Say: My Rab (Lord) is Allah) and then remain steadfast (Istiqamah).” (Tirmidhi)

Therein is an indication to the following verse of the Holy Quran:   “Innallaziina Qaaluu Rabbunallaahu summastakaamu…” – Verily those who say: Allah is our Lord and they remain steadfast (or upright) by it... (Fussilat, 41: 31) 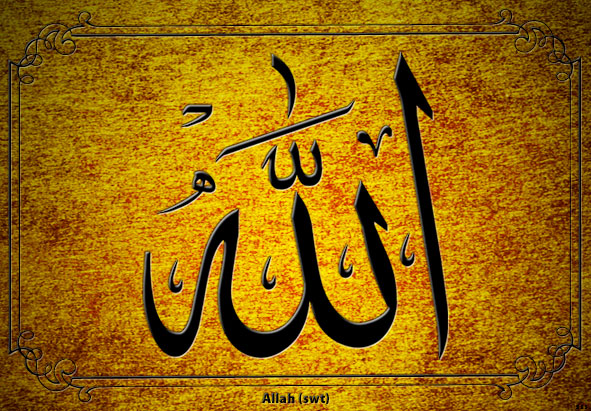 It is an easy thing to say “Master” or “Lord” on one’s tongue. All people call out “My Lord, my Rab”. Verily, the utterance of the “Rab” becomes priceless (gain importance) when that person is afflicted with a trial on his provisions, and therefore he comes to know about the real value of his Master, his Creator (Allah). And he comes to reflect that he shall not acquire anything unless he bows before Allah. He comes to learn also that bowing before people (to ask them) is not to be done and that Allah suffices for him. And that it is verily Allah who shall open for him many avenues (many opportunities) and send to him people and His other creatures to help him. It is then that his declaration“My Lord/Master is Allah” becomes priceless and credible in the sight of Allah and his own eyes. All of us must know that saying on the tongue “My Lord” is not sufficient. After saying this, there is also perseverance which must be observed. If there are trials which come his way, then it the one who remain firm who acquires that perseverance“Istiqamah” and it is his declaration which is true when he affirms: “My Rab is Allah.”

Therefore, all the Hadiths which I have put before you today are meant to make you ponder over the extraordinary firmness, steadfastness and perseverance that Hazrat Ibrahim (upon him be peace) had on his Rab, his Allah, and his unique son, at the time Hazrat Ismail (upon him be peace) also showed that same example, and moreover both of them, their son, their progeny the Holy Prophet Hazrat Muhammad (peace be upon him) also showed such example, whereby Allah went as far as qualifying him as the perfect role model for the entire humankind.

The True Spirit of Eid-ul-Adha 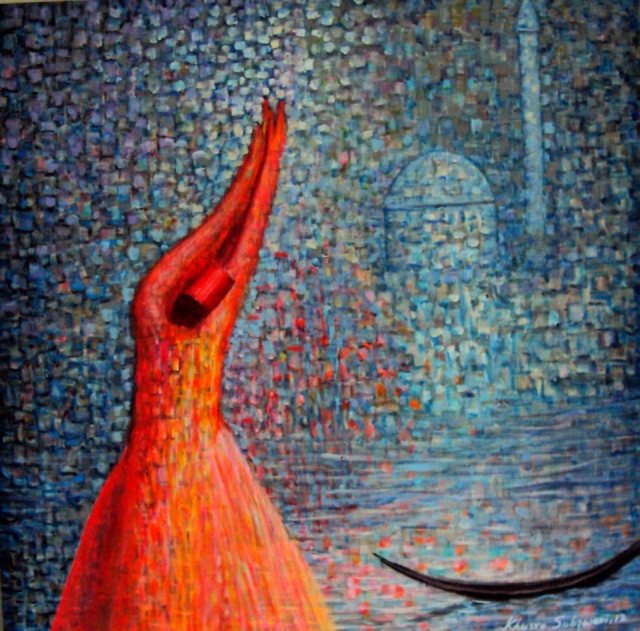 In the light of the Eid-ul-Adha, when we study profoundly the example of submission, firmness (steadfastness) and perseverance of Hazrat Ibrahim (upon him be peace), we come to realise why Allah made him become His intimate friend, and Allah honours his name and example in the Quran by naming him Hanif and the one who represents on his own a whole nation. Is that an ordinary qualification? Here, it is Allah Himself who has said that Hazrat Ibrahim (upon him be peace) represented in himself a whole nation, and that he was not from among those who worshipped another deity other than Allah. His worship, devotion, submission and trust in Allah enabled him to reach the proximity of Allah.

That is not all. Allah continued to test him. Allah tested his sincerity, not because Allah had the least doubt on his sincerity, but so that Allah may make him an example for future generations, so that tomorrow, through his devotion, and after succeeding with distinction in all his spiritual examinations, Allah may grant him his wish to beget that exceptional messenger of Allah in his progeny. And in this way, he (Hazrat Ibrahim) shall remain alive in the prayers of the people, for the great sacrifice that he and his son Ismail (peace be upon them) did. That sacrifice was done not to seek grandeur, but to acquire a special place in the heart of Allah.

This is the work he did, to enable his soul to gain that special connection with Allah, and Allah knows in His Knowledge what Ibrahim (upon him be peace) shall represent tomorrow for the future generations. Allah chose to bless him through his son Ismail (upon him be peace), and that son reflected in him the same quality of submission like his father, and like his father he obtained that “Qalbi Salim”also. He must have had that pure heart that Allah enabled them both to march towards the blood sacrifice, to stop them in it later on so that they may not commit that action, and instead accepted their extraordinary intention whereby both father and son completely submitted themselves to the will of Allah. 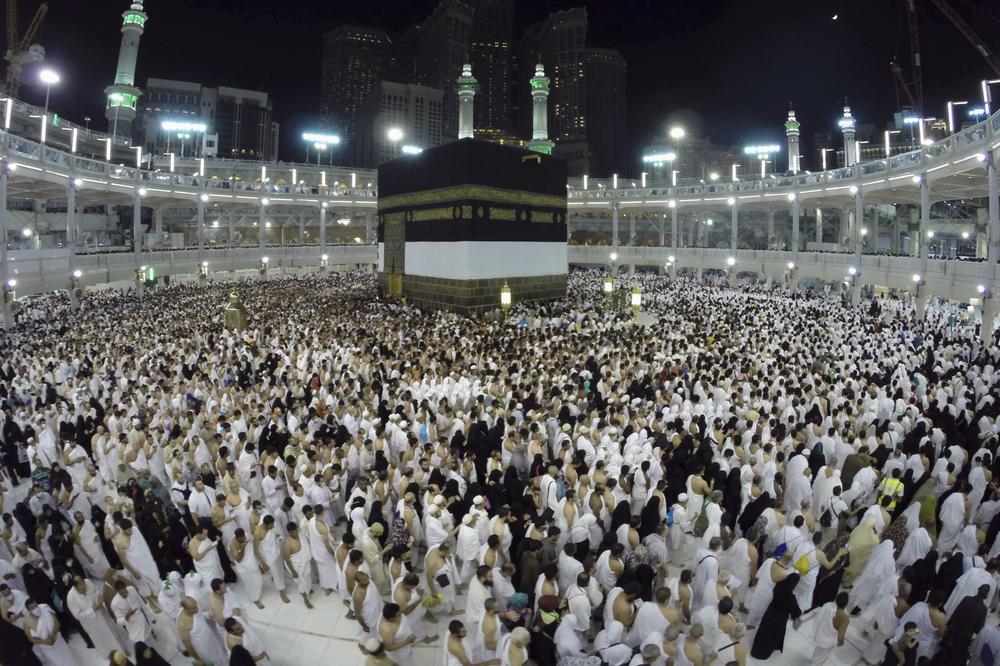 Allah did not need their sacrifice, but He tested them through the vision which Hazrat Ibrahim (upon him be peace) saw. Hazrat Ibrahim (upon him be peace) could have interpreted that vision in another way but he did not do so. He did not seek excuses He wanted to accomplish his vision just like he saw it. And what is extraordinary in that submission is that a child, a little boy had pondered over the matter like the greatest of wise men, scholars and excellent servants of Allah and he conformed himself to the will of Allah, just like his father saw in his vision. Their examples of steadfastness and perseverance have survived several centuries and even now, we are still talking about it, and Allah has made that day of sacrifice done by both exceptional father and son to make history and every year to form part of the Hajj, whereby the Hajj ends with this greatest Eid, the Eid-ul-Adha, for this represents the true spirit of submission, trust, steadfastness and perseverance in faith which each person affirming to be Muslim must possess.

I shall Insha-Allah on the same subject of my sermon in my Eid-ul-Adha sermon, for we can never stop talking on the grandeur of this sacrifice and faith which these two patriarchs and prophets made and showed respectively. May Allah help each one of us to have the same spirit of sacrifice and firmness and steadfastness in faith which Hazrat Ibrahim (upon him be peace), his son Hazrat Ismail (upon him be peace) and also our master Hazrat Muhammad (peace be upon him) had. Theirs are such excellent examples which shall lead us to find true success, and the real key to open the spiritual treasure. And this treasure is inevitably Allah, the Almighty. Insha-Allah. Ameen.