Terrorism: The Politics of Hate 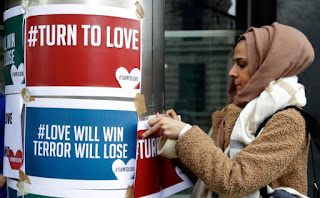 Today, the so-called “Islamic” terrorism is on everyone’s lips. Some want nothing more than to satiate their visceral hatred of everything related to Islam. In Western countries nowadays, it is recurrent for them through their written and spoken media/ press to perpetually talk/ discuss on the subject of “Islamic” terrorism that is currently overtaking the world. There is not a day which passes by that this act (“Islamic” Terrorism) does not make the front page of the media and therefore raises debates within the Islamic community and elsewhere on the merits of this religious terrorism. By publishing it urbi et orbi, there is no doubt that some people want nothing more than to appease their visceral hatred of everything related to Islam and to discredit this faith in the eyes of those who do not profess it.

So far, a lot of conferences, debates and meetings have been organized worldwide so that common sense prevails between the protagonists. But in these dialogues of the deaf not a single glimmer of hope of peace, love and tolerance appeared on the horizon - those who vilify Islam continue to inject hatred and dream of a last crusade to end forever with the modern-day Saracens, i.e. the Muslims. On the other hand, the rebellious (among the Muslims – the extremists) do not give in - they organize themselves and make armaments speak. In all this folly, it is quite legitimate for one to know what the Jamaat Ul Sahih Al Islam thinks about this so-called “Islamic” terrorism which is being projected from morning till night.

I really wonder what they mean by “Islamic” terrorism! Islam is to terrorism as light is to darkness, life to death or peace to war. Naturally they intersect each other but in diametrically opposed directions. We see them cling to each other but they never make the road happily together, hand in hand. However, it cannot be denied that on many occasions Muslims are involved in terrorist activities on behalf of a predominantly Muslim group or country.

It is not easy to turn a blind eye to the various forms of terrorism that are unfortunately growing in every corner of the world; it is impossible in fact for an observer to be unaware of the persecution, bloodshed and murders perpetrated in the name of a so-called ideal or noble cause. Terrorism is a global problem that requires careful consideration in its broadest aspects.

In an official statement issued on August 15, 2013 the Khalifatullah Hadhrat Munir Ahmad Azim Sahib (atba) of Mauritius expresses deep concern at the on-going military strife in Egypt which has imperilled a democratically elected government and has unleashed bloodshed on the streets and calls upon the international community to stand up for “justice and peace, not injustice and chaos” in these troubled times.

Read the Official Statement below: 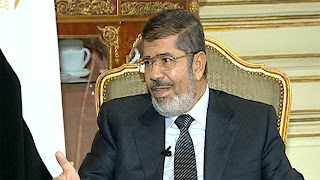 As the Khalifatullah of this era and the head of the Jamaat Ul Sahih Al Islam International, I condemn any coup d’état in Egypt – following the clashes between the military and supporters of the ousted President Mohamed Morsi – which have already caused over 2200 deaths and over 10,000 wounded. I strongly condemn the violence in Egypt. As a spiritual leader I believe in democratic values ​​and condemn any such type of revolution. Indeed Mr. Mohamed Morsi was democratically elected.
Read more »
Email ThisBlogThis!Share to TwitterShare to FacebookShare to Pinterest
Labels: democracy, Egypt, Jamaat Ul Sahih Al Islam, justice, Khalifathullah, Munir Ahmad Azim
Older Posts Home
Subscribe to: Posts (Atom)