Poem: 'In Praise of Allah' 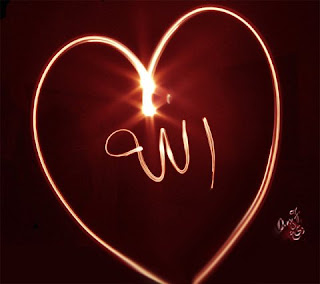 I happen to glance into the piece of flesh which is my heart and
Found the marvellous exalted presence and existence of Allah;
The never-ending relationship which assures
Eternity in Allah for as long as Allah exists;
The sweetness of a camaraderie
which is priceless and untouched by any evil;
The price of this love is found in Allah Himself;
He is the Love which makes the heart pound,
He is the Fashioner of forms and existence;
He is the never-ending light towards fulfilment,
He is fulfilment and tranquillity,
He is my Light, my Love

The marvellous glow of His love has touched my heart,
Such a touch that even an angel cannot accede to,
Such a level of thought that no human has ever witnessed before,
Save those whom my Love has elevated with His precious comprehension.
His Glory surpasses the glories of the deities of man’s imagination and creation,
This understanding is only for those who wish to merge themselves in that light and
Be untouched by anything which may separate the Creator with His subject.


We are a matter in the Hand of this Greatest Knowledge Builder,
Who creates new knowledge with every breath of His existence,
Who finds solace in His own majesty,
Who cares for all who cares for Him,
Who loves with the extent of the most powerful loving stance.
He is Allah, the Soother of hearts,
The Sweet Balm of every heart.

The existence of existence other than Him is pure fantasy,
He is beauty of incomparable beauty,
The essence of an untouched and unknown super power,
Unknown to the world of His creations.

He is Allah,
The Pure,
The Embracer of Life,
The Protector of His most devoted servants;
He is Allah,
The sweet elixir of life,
The shining light which is more poignant than the known and unknown suns.
He is Allah the Secret,
The Love undefined by any definition,
He is Allah, my sweet love,
The One who is here at every step of the way,
Who makes shine the universe of His existence in the very nest of His Love.

Devotion merges in devotion,
Calling people of every form,
Race and culture to leave everything behind
To recognise His magnanimity,
And to purify the hardest of hearts till it becomes as soft as the
Most delicate of Rose petals,
Which releases the most exquisite of scents
To make the world an abode of Divine Bliss. Insha’ Allah.

The words are of Allah and from Allah unto your heart,
A living heart which tastes everyday of its life,
Life from the merciful Lord.