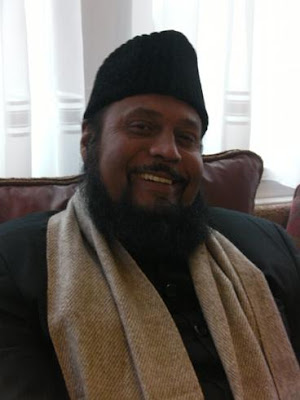 Earlier this month, the Jamaat Ul Sahih Al Islam International published a new Book written by the Khalifatullah, Hadhrat Imam Muhyi-ud-Din Munir Ahmad Azim  Saheb (atba) of Mauritius. This tract is entitled, Towards the Understanding of Prophethood & the Fallacy of the Hypocrites. It can be read here.

This book is an important contribution to the growing literature of the Jamaat, explaining the unthinking premises of the currently held notions of basic Ahmadi 'beliefs' on the 'continuity' of Khilafat in the Jamaat-e-Ahmadiyya through mundane elections till the end of times.

Most Ahmadis today follow a narrow assumption of prophethood and spiritual leadership in the Muslim Ummah among the 'Aakharreen'. Devout Ahmadis are often misguided by their leaders and scholars into muddled thinking: that Allah (swt) can raise no one in this era with Divine revelations, to revitalize the constitutional architecture and thereby correct the administrative edifice of the legacy left behind by the Promised Massih (as) in the previous century. The fallacies apparent (and not so apparent) in the doctrinal assumptions of the current Ahmadi scholars on the concepts of 'Khilafat' and 'Rooh-il-Quddus' can be cleared only by a Man of God, a recipient of Divine Revelations in the tradition of the Promised Massih Hadhrat Ahmad (as) of Qadian. The reality of  the ways of the Divine and His Plans for spiritual rejuvenation unravel only in the fullness of time and scholarly assumptions are mere speculations unless blessed by the support and endorsement of Divine practice (Sunnatullah.), Alhamdulillah, for those who humble their selves and pay homage to the wisdom of God, the aforesaid Book offers subtle Signs of Divine wisdom, convincing argumentation on theological differences and clear reasoning on all incidents that it surveys.

Reproduced below is an extract of a section from the Book, containing a response to Mr. Abdul Ghany Jehangeerkhan, a maulvi in the Nizam-e-Jamaat and a self-declared, fierce opponent of the Divine Mission of the Khalifatullah. The scrutiny of the record of (mis-)deeds of this Maulvi provides a fascinating glimpse into the early Days of the Divine Manifestation when it faced enormous trials at the hands of the enemies of Allah (swt).

Read the Extracts below: 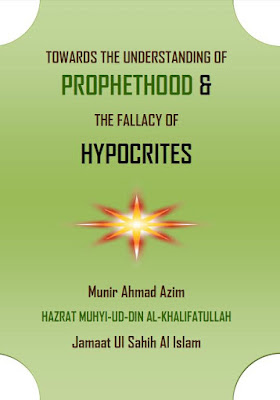 "By the grace of Almighty Allah, Allah has enabled us to be born Muslims and also belonging to the spiritual family and identity of the Promised Messiah Hazrat Mirza Ghulam Ahmad (as) who came more than 125 years ago with a rise of a new century to bring people from darkness into light.

It is Sunnat Allah (the blessed practice of our Lord Almighty, Allah) that whenever the original divine message is in danger of extinction, that is, when people have deviated from the right path and has taken their own souls as prisoners and cast them in the dungeon of unfaith, then Allah, merciful as ever, before seizing them with His mighty punishment, chooses to send to them, time after time, era after era someone from Him to bring back the pristine message of Islam, the pristine divine message.

It is a reality which existed since the dawn of time and which the Quran highlights that those in power try to manipulate the mass so that the people listen to what the corrupted divines have to say instead of the true Messengers of Allah who come to the world with the Ruh-il-Quddus (Holy Spirit) to warn mankind and to give good news of the approval and pleasure of Allah when those who come forward embrace the divine light which is offered to them.

People constitute a Jamaat, and when people become corrupted especially the spiritual leaders and their subordinate chiefs (in all regions and countries), do you think that Allah shall stay aloof and won’t send His Chosen Messenger again to save the ship (the Community) of His true prophets? Such a Messenger who shall safeguard the honour of His elects and preserve His teachings as per His divine instructions which He sends in forms of revelations, true dreams and visions? 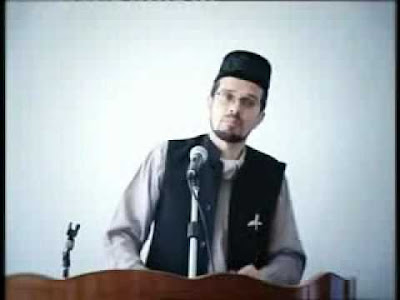 On the 09 July 2015, Mr Abdul Ghany Jahangeerkhan posted on alislam.org an article: “The characteristics of hypocrites”, thereby auto-proclaiming himself as the defender of the Khilafat-ul-Massih treating others as hypocrites without analysing his own deeds. We know the characteristics of an individual through his own actions.

Mr Abdul Ghany posed himself as a very nice little charming defendant of the Khalifa and Khilafat-e-Ahmadiyya by citing some verses of the Holy Quran concerning the characteristics of the hypocrites. 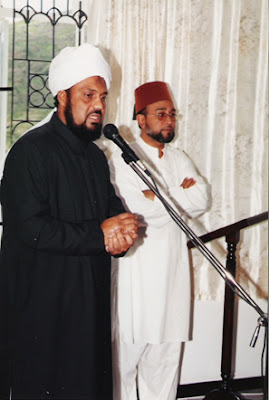 At the beginning of this new era, in 2001, when this humble self proclaimed to receiving divine revelations, together with the complicity of his ex-amir, both villains made people believe that I and Zafrullah Domun Sahib were creating fitna (chaos) in the Jamaat and they created such a scene that all Ahmadis got frightened of us, and they even treated us as ‘Rebels of the Jamaat’. The Ahmadis not only feared us but had disgust for the revelations of Allah, thus anchoring into their hearts that revelations cannot descend upon ordinary people. This showed his hypocrisy and jealousy towards these verses of the Holy Quran which he cited (in the article).

He issued many pamphlets to be distributed among his relatives and other Ahmadis without knowing exactly the truth, basing himself on his own suppositions. He never came forward to ask for explanations. How could he take such steps to make the propaganda of us being rebels to the Jamaat? His actions reflected exactly the very verses he cited especially when we analyse these verses one by one, after the Friday Sermon of Hazrat Mirza Masroor Ahmad on 29 May 2015 in Frankfurt, Germany.

So, to receive honour and to make the Ahmadis believe that he is a great defendant of Khilafat (whilst he himself has to clean his own soul) he distributed the pamphlets and delivered speeches over speeches against this humble self, a recipient of divine revelations. And now he is not feeling ashamed of calling others hypocrites. These kinds of people take themselves as great scholars and they are those who occupy high posts in the Jamaat of Hazrat Massih Ma’ud (as). Alas!

He is using this desk to sully the image of our Promised Messiah (as) and his Jamaat without having a good knowledge of the explanation of these verses he cited on alislam.org. What a pity! How can the Khalifa-tul-Massih and other ‘educated and intelligent’ Ahmadis tolerate him in this post? He has to go for a refresher course for another nine years.

In his speech of the Jalsa Salana Mauritius in 2011, he gave instruction to others to execute those who are attaching themselves to the signs and manifestations of Allah, to those who are receiving revelations and to those who are following these servants of Allah, or to stay aloof to those people. Hence, who is creating fitna in the Jamaat? Who is inculcating violence and aggression in the heart of the innocent Ahmadis? Who is creating disgust and hatred towards the followers of Hazrat Massih Ma’ud (as)?

And when people are asking him and others like him question about these events (the Divine Manifestation), he answered that he wanted only to create order in the Jamaat, exactly as Allah states in the Holy Quran:

Due to these kinds of people the like of Mr Abdul Ghany and others, the Jamaat of Hazrat Massih Ma’ud (as) is blackened where immoral values have taken place.

The Holy Quran teaches us that Allah (swt) never removes His favours or change the conditions of people unless they choose otherwise (they take the deviating path) and become ungrateful to Allah for these favours. 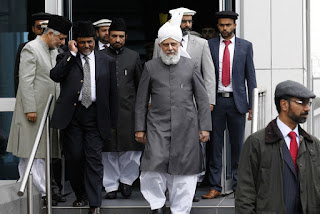 The Jamaat Ahmadiyya, national and international is paying high prices for the misfortune carried out by those Ahmadis like Mr Abdul Ghany and others directed under the ruling of Hazrat Mirza Masroor Ahmad who has given strict instructions for not accepting and believing in the revelations of this humble servant of Allah in this era. This so-called defendant Abdul Ghany Jahangeerkhan and his Pakistani comrades are taking themselves as the guardians of Ahmadiyyat and defenders of Khilafat since the beginning of this century. They are working very hard, thus shaking the skies and earth, to draw a real barrier of lies and falsehood between the Ahmadis and the Khalifatullah of this era, thus creating hatred, disdain and disgust for the revelations of Allah and the recipient of divine revelations.

There is a proverb in urdu which is exactly applicable to Abdul Ghany Jahangeerkhan:

“Nime hakim khatra jaan, nime moullah khatra imaan”
“With the bad doctor, life is in danger; with the bad Mullah, faith is in peril”.

When we analyse the actions of Mr Jahangeerkhan, he is cheating and indulging the Khalifa and others in error. Don’t make that much effort dear little Abdul Ghany to display yourself as a man of intellect! It is through your acts and behaviour that people come to know what kind of person you are!