In the course of his Friday sermon of 23 May 2014 ~ (23 Rajab 1435 Hijri) the Khalifatullah Hadhrat Munir Ahmad Azim Sahib (atba) of Mauritius took note of, and spoke briefly on, the recently concluded general elections in India and the consequent political changes unfolding in the country. The dismal fortunes of the long ruling Nehru-Gandhi political dynasty in the elections is in line with the larger global trend of popular anger against abuse of power and the cancer of corruption eating into the vitals of the polity and impacting on people's everyday lives. The extraordinary popular mandate for the leadership of Narendra Mody and his Bharatiya Janata Party, the right-wing, Hindu party in the country, presents him with an uncommon opportunity to serve the nation and the world. The Khalifatullah (atba) and the Jamaat Ul Sahih Al Islam International, including the national branches of the Jamaat in India, wish all success for Narendra Modi in his great responsibility as the Prime Minister-elect of India. 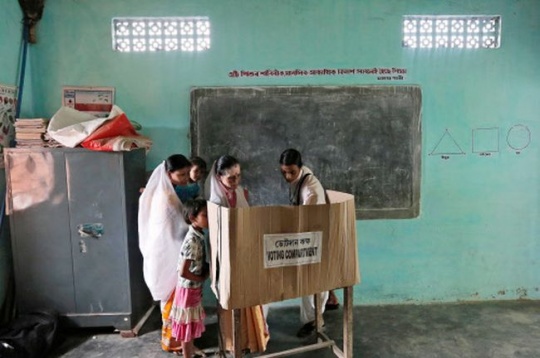 Before ending, I would like to say some words on the recent parliamentary elections in India which have been those of all records. ( Inset: A polling officer (R) helps a woman to cast her vote at a polling station in Majuli, a large river island in the Brahmaputra river, Jorhat district, in the northeastern Indian state of Assam April 7, 2014. (REUTERS/Adnan Abidi). Spread over a period of Five weeks, the world's largest general elections  took place in India during April-May 2014, with over 600 million citizens eventually exercising their franchise). 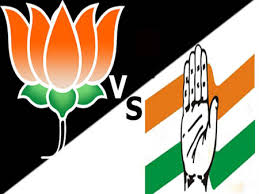 The vote count gave its verdict and the Hindu Nationalist Party of Narendra Modi celebrated a crushing victory while the Congress party was severely beaten. The Hindu Nationalist Party of Narendra Modi is promising a “new era” based on the boosting of the economy after ten years of having the Congress Party in power. This triumph of the Bharatiya Janata Party (BJP) reshapes the Indian political landscape, transforming the Hindu Nationalist Party in national political power at the expense of the Congress Party of Gandhi-Nehru dynasty which has been reduced to the bare; this being a hard blow to such a Party which was used to leading the country. But the BJP leader is viewed with suspicion by the Muslim minority since the 2002 riots in Gujarat.

Opposed to the BJP, the Congress party comes out of these elections worn out after ten years of power, scandals, corruption and they have been punished (by the people) for their repeated incapability to revive growth and curb inflation. It has quickly recognized its defeat and this could be the most scathing one in its history. The Gandhi-Nehru dynasty in India faces a fight for survival after an electoral drubbing at the hands of the opposition leader Narendra Modi.

In this century many dynasties are disappearing, Insha-Allah, be it at political level as well as at religious (spiritual) level (especially those who take themselves as the heirs of the religious power, as if they are glued to their seats of power, and they think nobody can get them out from there. They forgot that there is a Creator of the universe who holds absolute power. He does what He wills and He replaces what (or whomever) He wants.


Today you can be the Prime Minister, tomorrow a common citizen. 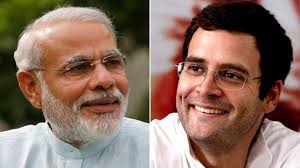 Son of a tea vendor at a train station, Narendra Modi did not hesitate to oppose these humble beginnings to the privileged upbringing of Rahul Gandhi, heir of the Nehru-Gandhi dynasty, who led the Congress party’s campaign for power. (According to long time observers of Indian politics and academic scholars, this general election, in many ways, marks a watershed in the Indian society's electoral engagement with questions of caste in the majority Hindu society. Narendra Modi consistently asserted his humble origins to identify himself firmly with the lower castes (in the caste pecking order) and to contrast himself from the arrogance of the affluent elite which ruled over the country for long). 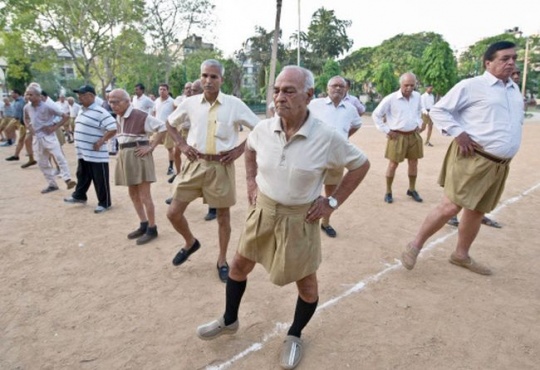 Once he completed his schooling, Narendra Modi left home and virtually severed all ties with his relatives to find refuge with the Rashtriya Swayamsevak Sangh (RSS), a nationalist organization serving as ideological ground to Hindu groups and the BJP. (Inset: senior RSS activists at their daily routine of physical exercises at New Delhi on May 18, 2014; AFP/Prakash Singh. Apart from its Hindu social services, the Sangh is known in India, for its deep rooted, anti-Muslim outlook). 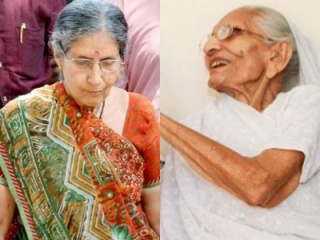 If there is one thing that Narendra Modi never speaks about in public, it is on his failed marriage, which was arranged by his parents and those of his wife while he was a teenager. According to unofficial biographies, the wedding which Narendra Modi did not accept is the cause of his estranging himself from his family.  Being a solitary man, Narendra Modi only occasionally meets his mother and his brothers. (Inset: left, Jasodaben: due to stringent electoral disclosure norms coming into force for candidates participating in the general elections, Narendra Modi finally broke his public silence on the status of his marriage in the electoral application, acknowledging the early marriage with Jasodaben and her continued status as his wife. On the right: his mother Hiraben).

What we humbly want, in the interest of the Indian nation and the world as a whole is that Narendra Modi proves to be a true leader, a just one and true to his people and the world to build and not destroy, for a better future, Insha-Allah.

In my own name and that of the Jamaat Ul Sahih Al Islam, we wish for him to restore order and security for his people, and take the first step for the annihilation of corruption, Insha-Allah.