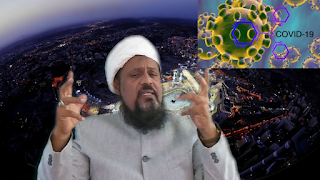 The quest for dominance and superiority is leading nations increasingly out of ethical restraints on scientific research. In the name of national security and military preparedness, States are seeking access to stealth technologies of all kinds- against future threats and unknown dangers. Prudential limits are being 'stretched' on every front, including to facilitate secret development of chemical and biological weapons. The dynamics of preemptive self-defence and the desire for acquisition of offensive capability is causing dangerous experimentation in well-advanced nations. Scientists are increasingly tinkering with nature and its resources- including plants and animals-, with profoundly negative implications and consequences for the well-balanced ecosystem that sustains life on earth. Viewed against this backdrop, the ongoing global pandemic Covid-19 raises larger issues before the international community. With more than 1.25 million people having contracted the infection, and the numbers keep growing and thousands of people dying on a daily basis; the epidemic is causing unprecedented social and economic disruptions around the world, triggering reflections on how we brought this catastrophe on our nations.

As a man of God and recipient of divine revelations over the last two decades, Imam- Jamaat Ul Sahih Al Islam Hadhrat Khalifatullah Munir A. Azim (atba) of Mauritius has been warning the world community about the dangerous turn in human affairs in our times. On numerous occasions, this Elect of Allah (swt) shared prophecies about calamities waiting to unfold, including through the outbreak of pandemics. For instance, while speaking against the backdrop of Influenza A virus on Sunday, the 10th of May 2009, Hadhrat Khalifatullah (atba) presciently stated- sharing revelations foretelling calamities:

'Troubling times, troubling times, troubling times, that which they asked for, the wrath from the Heavens will eat them from within, leaving no choice whatsoever for reconciliation with their own conscience. A calamity more poignant than poison will, manifest from their inside, affecting their body systems and rendering them powerless. You saw the consequence of the AIDS Virus; more viruses will come to manifest and one of them will be mortal, and without cure like I revealed to you long time ago. The world is at a critical age, facing perplex situations of how to save humanity from all sorts of contamination from the AIDS Virus. Now they will come face again all sorts of trials of this sort because of their disobedience to the Divine Will. Man and man will perish, widows will be seen lamenting, children will have no future whatsoever...Can you stop your Lord from doing what He wills? The sky is in lament for the earth has rejected the instructions of your Lord...'

It is gratifying to note that distinguished scientists and concerned intellectuals confirm, through their own independent studies and reasoned perspectives, the essential truth of these divine revelations concerning the outbreak of a deadly virus/global pandemic impacting the whole humanity at large, Alhamdulillah. For instance, Bill Gates has been speaking about the need for the world community to be prepared for dealing with such a scenario, like he explains here.

In a special message delivered on 31 March 2020, Imam Azim (atba) addresses all humanity,  putting forth very pertinent points central to the larger issues being raised in this context. In this important message, Hadhrat Saheb (atba) reminds the world nations, and the scientific community at large: 'Bear in mind, Allah will use your own inventions to punish you or He may send unprecedented forms of punishments to act as warnings for you so that you may return to the right path. The time is indeed critical.Reform your ways and return back to Allah [God Almighty]. Do not let evil get the best of you. Repel evil with goodness and with prayer.' Indeed, the good future of humanity depends upon a great transformation in individual and collective lives and outlook of people, a project that needs to be pursued with soulful prayer- sublime invocations like the ones revealed to Hadhrat Khalifatullah (atba) in the early days of the divine manifestation, during the SARS epidemic (2002-3): 'O our Lord, do not kill us with Your Anger; do not destroy us with Your Punishment; Save us before this happens.”

Read the Special Message Below:

Qur'an: Treasures for the Human Mind 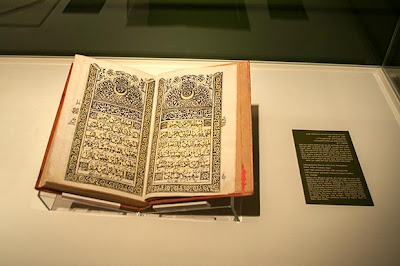 The human mind is very complex. It has developed gradually and that during different stages of its already God-given developed capacity. Allah (swt), throughout the centuries, through His different Messengers, Prophets and Reformers has continued to reveal such teachings which are suitable to each respective stage, till the time arrived when the mind of man had become fully developed and means of inter-communication between different sections of humanity had been perfected, and the world had in its advancement attained the stage when it might form one country and one nation. At this stage God sent the last law-bearing prophet, that is, Hazrat Muhammad (pbuh) with the last and complete code of revealed laws, that is, the Holy Quran, which it is a book which is the simplified reunification or summary of all revealed laws since the beginning of time. It contains teachings suitable to the needs of every age.

Whilst being the last law-bearing revealed book, however, the doors of revelation and of spiritual advancement are still open and will continue to remain open for ever. No new law shall henceforth be revealed, but such prophets as shall lay open the hidden treasures contained in the Quran and open to mankind the doors of divine realization shall continue to arise, for no new law is required in the presence of a perfect code, and yet man is always in need of attaining to the realization of God. There can, therefore, be no new law, but the door of such prophethood as it is attained by spiritual perfection is open and should remain open for all time, for God is as much our providence as He was of our ancestors. 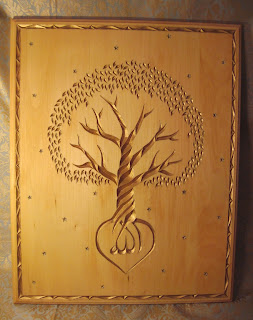 The doctrine that the Quran was the last and perfect code of revealed laws did not involve the consequence that man had reached the last stage of intellectual progress and could travel no further, for the human mind ever continues to advance along the path of progress, both in this world and in the next. On the contrary, the more perfect a book is the more it ought to help in the advancement of learning. With respect to the contents of a revealed book, then the word of God should be like the work of God, and that as the latter is a treasure-house of unlimited secrets which mankind has not been able wholly to discover from the creation of the universe up to the present day, so the word of God ought to be a treasure-house of inexhaustible learning and wisdom for if they were to be exhausted one would be compelled to admit that God invested the material universe, which has to do with a limited portion of man’s life, with inexhaustible treasures, but so limited the spiritual universe that is to say, His perfect Book, that its treasures were soon exhausted. This, however, is not so. 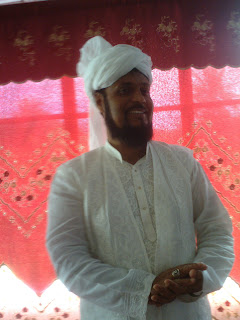 The Holy Quran contains treasures more numerous than those of the materiel universe, and these are laid open before all those who seek sincerely for them. Most people would derive intellectual pleasure from the contemplation of this new principle which thus windows the horizon of intellect to an unlimited degree, but this needs to be put to a practical test. As a humble servant of Allah, I have put this test to practice and the benefit which I have derived from the application of this principle to the study of the Quran fills me with an intoxicating joy. Now this ecstasy is even palpable on a daily basis ever since Allah has chosen this humble one as His chosen messenger. Sources of information to extol and expound the perfect divine words within the Holy Quran is given to this humble self frequently, just like rain falls and give a new life to the earth. With every reading, Allah reveals or inspires new explanations, new ways to view the revealed verses and apply them in our daily life.
Read more »
Email ThisBlogThis!Share to TwitterShare to FacebookShare to Pinterest
Labels: Holy Quran, humans, justice, mind, reason, teachings of Islam
Older Posts Home
Subscribe to: Posts (Atom)