'Khataman-Nabiyyine': The Seal of Divine Favours

On the Advent of Prophet-Reformers in Islam

'O children of Adam, if there come to you messengers from among you relating to you My revelations, then whoever fears Allah and reforms - there will be no fear concerning them, nor will they grieve.” (Al-Arraf 7: 36).

This directive has been given to those who believe in the Holy Quran. When a prophet is sent among them in the future, they must be careful not to deny him. On the contrary, they must welcome him with open arms and reform themselves so as not to be ashamed before God on the Day of Judgment. But if there was no prophet after the revelation of the Holy Qur’an, how can one follow this direction found in this same book? Especially when it teaches us the following prayer:

“Guide us on the right path, the path of those upon whom You have bestowed Your favours.”

Allah (swt) here asks us to pray that we should be among those who have been rewarded by Him. Moreover, the Holy Quran mentions four dignities that are accessible to those who receive the favours of Allah (swt), namely: The rank of prophets, the truthful ones, the martyrs and the pious ones - those who walk on the right way.

“Whoever obeys Allah and the Messenger ... these are among those upon whom Allah bestows His blessings, namely, the prophets, the truthful, the martyrs, and the righteous. And what good companions are these!” (An-Nisa 4 : 70)

Thus, of these four categories of rewards, the prophets rank first. How then can we say that there will be no more prophets in Islam? 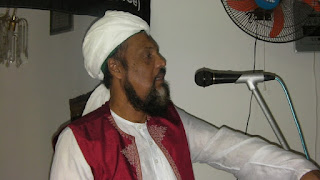 Our Holy Prophet (pbuh) has been called Khataman-Nabiyyine, and a misinterpretation of this term has given rise to a great misunderstanding where we have translated it as meaning ‘last prophet’, while in reality it means ‘seal of the prophets’, that is, without the seal of Hazrat Muhammad (pbuh) or without his confirmation [i.e. without any one confirming the fact that he is the follower of Hazrat Muhammad (pbuh) and Islam, coming as an Islamic reformer based on Islamic teachings and the approval of Allah], no prophet can come any more. To become a prophet, one must be a disciple / follower of the Holy Prophet (pbuh).

Hazrat Aisha (ra) explained the term “Khataman-Nabiyyine” in these words: “Say he is ‘Khataman-Nabiyyine’ but do not say that there will be no more prophets after him.” (Takmila Majma’ul-Bihar, 85).

To be the seal of the prophets is an honour, to be the last of the prophets gives no greatness whatsoever. Hazrat Muhammad (pbuh) himself said, “I am superior to all previous and future prophets.” (Ad-Dailmi)

A second misconception that widens the gap between the Creator and the creatures is that adherents of all religions more or less believe that God once spoke to His elects but now He no longer speaks and no longer guides through His revelations.

Do not believe that Allah (swt) no longer sends His revelations as before and the Holy Spirit does not come down anymore. Truly, I say to you that all doors can close, but the door of the Holy Spirit never closes. Open your hearts so that it may enter therein. You are moving away from this sun by closing the windows through which its rays must pass. If you close your heart, how do you want the rays of the divine light to enter?

O the ignorant! Do not be fools. Accept the truth that has come to you. Get up and open this window. The sun will penetrate by itself into your hearts. Since the Almighty has not shut the ways of the graces/ favours of this world, do you believe that He will close the ways of divine favours when you need them badly? Never! This path has, on the contrary, been very clearly opened. Since all the doors of previous divine favours have been opened, as taught in Surah Al-Fatiha, why do you refuse to take them? It must be remembered that there are two kinds of revelations, one which descends on the prophets bearing laws [law-bearing prophets], such as the Torah on Moses and the Holy Qur’an on Hazrat Muhammad (pbuh).

Since the Holy Quran is a perfect book containing all the laws for all circumstances, no new code is needed anymore and therefore the revelation of new divine laws has been discontinued. The other type of revelation is made to the prophet-disciples who do not bring any new law. That is to say, the Holy Quran is the final law. Although future prophets will receive divine revelations, these revelations are only guidance and confirmation and explanation of the Holy Qur’an. They in no way contradict the Holy Quran. So in this particular way Allah (swt) spoke to Hazrat Harun (as), to the mother of Moses and as well as to Hazrat Isa’s mother (as). This kind of revelation will never stop. The coming of the prophet-followers [followers of Hazrat Muhammad (pbuh)] who bring no new law is proved by the Holy Qur’an.

God sent me to earth to highlight the truths of faith that are hidden from the eyes of the world; to reveal spiritual truths that are buried under the darkness of human passions; to make them manifest by deeds, not by words [in other words, it is not enough for us to speak, but we must also act – a Messenger of Allah must do his work according to the guidelines of Allah]. And a way to get closer to God and receive His blessings to do the work for the sake of Allah, and even to be able to live on this earth, in our everyday life, is that man must know that he must focus on prayer (Salat) and meditation (Zikr).

I was sent above all to replant in the heart of man the pure and blameless unity of God, free from all forms of idolatry, a unity that is no longer seen [very rare] in our day [time]. All this will be done not by my power, but by the power of the same God who is the God of heaven and earth, i.e. Allah.

God’s will is to draw to the Tawheed (the unity of God) all the souls that live in different parts of the earth, be it in Africa, the neighbouring islands, Asia, Europe and even in the Golf, all souls who are pure and sincere, and gather them all in one religion. This is the purpose of God for which I was sent to earth. So, pursue this goal, the path that will lead you to that goal, but with a focus on goodness, meditation, morality and prayer.

“In huwa illaa Zikrulil-aalamin”
It’s only a message for the whole universe. (Takwir 81: 28)

May Allah help me in this task/ mission as His servant and Messenger in this present century, and may Allah guide me through His revelations and inspirations and His immense love so that I may guide the Ummah of Hazrat Muhammad (pbuh), as well as the whole of humanity in the right way. And may Allah inspire the hearts of people to open to His message and accept and enter into the fold of Islam, the Sahih al Islam, the pure religion of Allah in all humility and serenity, with devotion and wisdom for the well-being of humanity and for the welfare of their own souls, in this world and in the hereafter. Insha-Allah, Ameen.

I hope you all enjoy [i.e. spiritually benefit from] this Jalsa Salana. May Allah bless you wherever you are and increase your knowledge on His Deen. Ameen.