In his Friday Sermon of 17 July 2020~ 25 Dhul-Qaddah 1441 AH, Imam- Jamaat Ul Sahih Al Islam Hadhrat Khalifatullah Munir A. Azim (aba) of Mauritius narrated a number of interesting, pure dreams made by devout members of the Jamaat in recent times. These dreams, in their own different ways, confirm the validity, power and blessings of prayers in the Divine Way. When believers remain true to the covenant of the Faith, observe the moral teachings of the Holy Prophet (sa) by following in the footsteps of the Khalifatullah (aba) of their times, and show sincerity of purpose in utter self-surrender to the Will of God amidst the trials of earthly circumstances; the Divine gaze keeps such humble ones relatively safe even in times of grave dangers, and elevates them morally and spiritually that they become blessed with countless favours of the Divine. Indeed, the light of Divine mercy and grace embrace and illumine them and their surroundings in myriad ways that they become living signs of pure Faith, notes Hadhrat Saheb (aba) in the discourse. 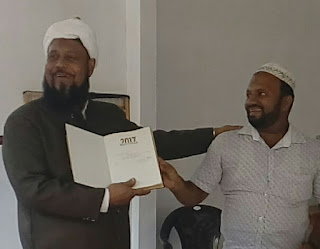 '...I tell you about an amazing dream that one of my followers in Kerala, Sulfikar Ali Sahib saw last week.

This dream is based on the importance of duahs and trust in Allah that Allah will grant [realise] these duahs, and it is an extraordinary sign that this dear disciple saw this dream on 05 July 2020, and since a long time, Allah had already helped me to prepare these series of sermons on the theme of duahs, and last week Allah inspired me to start my Friday sermons on the subject of invocations, without me being aware of this dream. It was not until after the sermon last Friday that I learned of this dream. So this is by no means a coincidence. The ways of Allah are truly extraordinary.

So the dream (which he saw around 3:00 a.m.) is as follows: He found that he was in the company of a few people, making fervent invocations to Allah (swt), a lot of Duahs ... yet, he thought there was no way his duahs would be accepted and was on the verge of despair. Then the person who was with him, told him not to despair, but to increase his invocations because Allah (swt) listens to the prayers of His servants in distress ... he advised him to repent a lot, to seek Istigfaar and to continue with his prayers so that Allah the Most Merciful will listen to him. So he continued his prayers ... in abundance. Eventually, he reached a space where he understood that he was meeting Allah. Appearing in the form of a person ... the being said to him: “Your prayers are accepted, you are going to be granted Jannat (paradise)”.


Hearing all this, my dear disciple became a little surprised and even perplexed as he thought, how can one be sure that the message promising paradise is indeed from Allah? So he started wondering where this message came from? Is this a real dream? Could these be satanic messages? Etc.

So, in this very dream state, he found that this confusion was there in him. Then he saw himself eating good food somewhere in a restaurant, and as he walked out of the building, he looked up at the sky, which was beautiful, and vast. So he shared his anxiety with Allah, standing there: Could this be a real message? Then he discovers that a light came very quickly from far away from the heavens, approaching him, and the purpose of the light was only to illuminate him. Reaching his body, the light dissolved on him, confirming in his mind that the message was indeed from Allah (swt) ... It was then that he woke up for his Tahajjud prayers.

Masha-Allah, Alhamdulillah, Allahu Akbar. This dream is a great lesson for all of us [not just for Sulfikar Ali Sahib] that we should not lose faith or trust in Allah, and that we should persevere in our prayers by trusting in Allah to accept and realise these prayers. Those who make efforts to approach Allah, who accept the divine signs and the Messenger of Allah of this century, who remain sincere in their faith, and do not lose trust in Allah and seek to come close to Allah through the various forms of Ibaadat that Allah loves, then those will certainly belong to Allah and Allah will be pleased with them and admit them to His paradise. You must never give up your faith and you must continue to persevere in the path that Allah has opened for you, so that you may receive salvation. Insha-Allah. 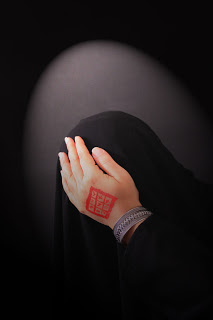 Another very important dream from another disciple, Mubeena Sabir Sahiba from Kerala, seen during Ramadan on 23 April 2020. I have received this dream during this week and find it to be very important. This dream has a close connection with the promise of Allah to all the sincere of the Jamaat Ul Sahih Al Islam, and it is also an indication of an imminent death that would take place, but that all believers should remain firm and sincere and not to despair of the divine promise. In this dream, there is the mention of a Mosque without a roof, which also indicates [among many other meanings] the death of a person.

So the dream is as follows: Mubeena Sahiba accompanied by her husband Sabir Sahib went to deliver/ return a book in a mosque. Suddenly, the mosque appeared as a new building that has a balcony, but without a roof. There she saw me, the Khalifatullah who was walking to and fro. I looked at them and they were surprised to see me there. So I turned and asked them what they were doing in that place?

So Mubeena Sahiba then saw that the Khalifatullah appeared as Sirajuddin Sahib [our Amir] from Tamil Nadu. She told Sirajuddin Sahib that she had sent a letter to the Khalifatullah but had not yet received a response. So he comforted her by telling her that it was Ramadan, and to wait. Then she saw a light from the top of the place where her husband was praying. She looked around and saw that there was a large hall in a new mosque where a large number of people with white caps were lined up in rank. Seeing this, she exclaimed, “O Allah! Everyone says we have to keep distance to keep the Corona [virus] away. Although a large number of people have come to Your Mosque, but none of them have the [Corona] virus. Allah! Your Grace is really Great.” 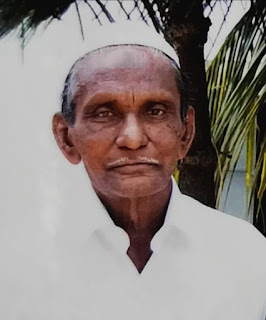 So, she saw this dream on 23 April 2020 and on 07 May 2020, our elder member, one of my disciples, Marhoum Kaja Mydeen Sahib passed away. Everyone says he died from the Coronavirus, but Allah knows best the truth about this matter. Then, a few members of Kaja Mydeen Sahib’s family went into quarantine as a precaution [under government official instructions], and Alhamdulillah, they do not have the Coronavirus. Allah saved them and kept them healthy. Alhamdulillah.

In this context, two of my disciples [in two different countries - other than India] had contacts with people who have contracted the Coronavirus, but with duahs and after having demonstrated their sincerity and trust in Allah, they saw a great extraordinary divine sign where Allah preserved them from the Coronavirus. And there is even another disciple who had a dream about one of these dear disciples - in that dream he saw me deliver a sermon [Khutba] and I said that [so and so] shook hands with a person who contracted the Coronavirus and was also going to contract the virus but by His very great grace, Allah saved him from that. [In this dream, I repeated this message three times].

So Allah has shown this great sign and that is why I told my dear disciple [who did not contract the virus] that all this is because of his great sincerity and the faith that he has in Allah and in the Divine Manifestation where he has recognized the Caliph of Allah of that time. So Allah saved him from this virus. And [what is extraordinary] this was confirmed through the dream of another disciple. The All Power of Allah is truly immense. Alhamdulillah.

And another disciple [in another country], after having also found this great sign on the acceptance of the duahs where Allah saved him from this Coronavirus, he testified of another great divine favour where Allah manifested Himself by granting him a promotion in his workplace and where his employer has personally given him all the facilities and also another place of residence so that he is well protected in these moments of difficulties and worries. Masha-Allah, Alhamdulillah, Allahu Akbar.

So fortunate are those who have recognized and accepted Allah and His Khalifatullah of this century and have integrated the Jamaat Ul Sahih Al Islam in all sincerity. You must do the Sijda [prostration] and thank Allah (swt) for these favours which He has bestowed on you, O my dear disciples. This is what we really call favours that come from Allah, divine favours, riches and spiritual treasures. You must feel happy/ blessed in this century when Allah (swt) has sent His Khalifatullah....'
Email ThisBlogThis!Share to TwitterShare to FacebookShare to Pinterest
Labels: Coronavirus, divine favours, dreams, Kerala Jamaat, prayer, signs, Tamil Nadu
Newer Post Older Post Home