The Attributes of Allah- V 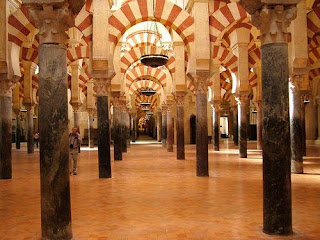 By the grace of Allah I continue the 5th part of my Friday Sermon on the subject of the attributes of Allah. So Allah tells us that He is Supreme over His servants. He has all the control and has absolute power. He has the power to destroy everything, He has the power to punish. It is He Who gives death and it is He Who gives life. And it’s Him Who made all of the arrangements for your protections so that you don’t destroy yourselves by His decree. And this is the subject that the Quran mentions in other places, that you have committed so many sins; so many sins that it would have then been completely appropriate that Allah eliminates you completely. It will be within His right to do so, not only you, but all forms of life.

So here we are dealing with what subject? In fact it is the very divine decree which gives life and it is the very divine decree which gives death. No one has the capacity to die without the divine decree. So if Allah’s decree calls you to your death, then Allah tells us that it’s His very Taqdir (decree) that protects us for a time and protects us from His other decree as well. Otherwise Allah is completely Supreme. He has so much power and ability that He can eliminate and destroy everything, but in fact it is His very decree that protects you from His other Taqdirs.

In another verse, Allah has made it very clear that His decree continues to protect you as long as His decree of death does not come. When the hour of death arrives, at that time, Allah tells the angels to take the message of death and go [take the soul in question] and return without committing any excess, no injustice, and to do exactly what Allah told them to do.

Here in fact the word Haqq as I explained to you has been mentioned. It is then mentioned that everyone will return to this same truthful Master. And the order will also come from Himself. And soon He will settle all accounts.

Now Maliki Yaumid Deen is linked with the truth. This link draws our attention to our actions. It gives us orders to monitor our actions. It warns us that we can never escape from Allah, The Supreme. It is certainly Allah’s favour to leave His other decrees in action and continue to protect us. But this is something that will last at most until death. When death comes, it will come from Allah’s decree. At that time, you will have to appear before the Master of the Day of Judgement to be judged with truth.

The Quran explains this subject clearly. Allah is true; He is The Truth and He will decide with truth. He won’t commit any excesses against anyone. He will judge with perfect justice and He is a Being who will settle accounts very quickly. He gives you some time, as long as you live in this temporal world, but once dead, He won’t take long to start settling accounts.

Furthermore, Allah is the God Who has absolute, supreme power. He emerges as a Supreme Being, as a truth also, and therefore, as I told you, if you want to escape punishment, then you must make the Truth become your Master, because Allah is the Truth. Maula means comrade, someone who helps you, who protects you. So Allah Himself says that you must all return to Him (Allah, the Truth) and if in this world you have not adopted the truth and if you have not established a link with the truth, then in the other world He will have no connection with you.

So, if you wish to escape from punishment, then you must make the truth become your Maula, otherwise you will not be rescued. People who have made falsehood/lies their comrade in this world, at the hour of each difficulty they take the support of the lie, at the hour of each greediness they take the help of lies, to acquire each desire for praise they take support of the lie, to escape from each settling of accounts they adopt the lie, then their interior and exterior are completely false, and if on the Day of Judgment they tell the truth to protect themselves, then this will be a big lie. And the Quran gave this example, it said that there will be such fools that even on the Day of Judgment, instead of coming under Allah’s protection, they will try to seek protection in lies.

So lying means saying something you know is not true. You know that your fellow comrade [brother/ human being] has not done this or that, but you persist knowingly and imply that he did. So this is a lie and the one who commits this action is a liar. In the Quran Allah (swt) says: “Allah’s curse on the liars”. (Surah Al-Imran 3: 62).

According to a Hadith of Tirmidhi, lying leads to sin and sin leads to hell. By lying so much a person is ultimately recognized as a great liar in the eyes of Allah the Almighty. Lying is not worthy of someone who has faith. It is a shameful and an abased thing that makes a person unworthy. So lying is not the job of a worthy person. To promote and support a practice that is outside the limits of the Shariah is also a lie. And this is even more serious because it can mislead an entire population. And this lie also is a buhtaan (false blame/ slander) having as targets, Almighty Allah and His Messenger (pbuh). This type of person makes believe what is not true. He wants to make people believe that this is the command of Allah the Almighty and the teaching of the Messenger of Allah (pbuh) but yet he knows very well that this is not true. He does this just for his material gain and sometimes he does it so as not to appear ridiculous [in front of other people].

Sometimes a person can talk about something that is not true. But he doesn’t do it on purpose; it’s only by mistake and confusion that he does it. This type of person there can have a way out if he takes all precautions before saying these kinds of words. If he does it negligently, then he will be guilty before Almighty Allah because of his negligence. That’s why you have to take a lot of precautions before talking about the Deen. You must not declare something that you do not know. There are many people who make this kind of mistake, and this is so common that there are times Ulemas also fall into this trap. They misinterpret the verses of the Quran and the Hadiths. And they mislead the public.

So speaking about Deen without knowledge is very serious and is synonymous with committing a sin on Allah and His Messenger (pbuh) where you say things that are not true. You have to keep in mind that everything that a person wants to accumulate and earn to deceive a person is nothing compared to what Allah the Almighty has in store for those who are sincere and honest. On this nothing, there is a very limited time. That’s why you have to tell the truth, practice the truth, stay on the truth, and spread the truth if you really want to become meaningful in the eyes of Allah the Almighty.

Let us manifest in us His attribute of truth. Allah is the truth, He likes us to live our lives in the truth and practice the truth. There will be great trials when you practice the truth, there will be all kinds of temptations that will tempt us not to tell the truth. But you should know that there is a price to pay for telling the truth. There are also many things that we will lose. But for the sake of Allah the Almighty we have to accept losing too. And this loss represents nothing before what awaits us more ahead. It is not a loss in vain that will make you regret. This is a special loss, which will crown you with success. It is such a loss that a seed suffers to give birth to a large tree laden with fruits.

So, I hope that all Muslims and especially our members of the Jamaat Ul Sahih Al Islam will reflect on all the explanations I have given on the attributes of Allah (swt); and let us make it our duty to read the attributes of Allah every day, Insha-Allah. And Insha-Allah, the blessed month of Ramadan is coming [fast]. May every Muslim in general - all of us - take advantage of these blessed days and turn more and more to Allah in order to reap His pleasure, and let us all pray so that Allah may have mercy on humanity in these difficult times and revive the world in His Zikr (remembrance) and recognition. Currently, officially speaking, we have exceeded two million COVID-19 positive cases and more than 145,000 deaths. I end with this Quranic verse:

“But little is the enjoyment of the life of this world as compared with the Hereafter.” (Surah At-Tauba 9: 38).