Never Insult the Beliefs of Others 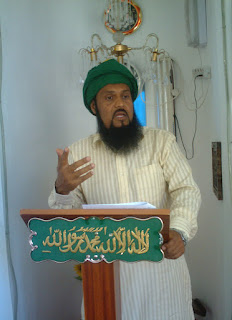 "...I would like to briefly address on the unfortunate incident which has transpired last week (04-05 September 2015) at Rivière des Anguilles in the South of Mauritius. The Jamaat Ul Sahih Al Islam and this humble self strongly condemn what some strong-headed and senseless “Muslims” have done at the Amma Tookay Temple, wrecking some idols found there under alcohol influence.

Islam is a tolerant religion, and preaches no compulsion in religion and respect for others. Both Allah, our Glorious Creator and our perfect role model, Hazrat Muhammad (pbuh) have both condemned such acts because, when one, in occurrence a person who says he is Muslim abuses and wrecks the idols of other faiths on his own, then he is in fact inviting the other party to abuse Allah and Islam and to wreck the perfect teachings of Islam.

And secondly, alcoholic drinks are absolutely forbidden in Islam. Thus the acts of these people are not Islamic at all. Instead they are presenting a dirty image of Islam and its teachings. May Allah protect His Deen-e-Islam from such senseless people who are only “Muslims” in name and who portray Islam as tolerating violence and terrorism. Ameen..."  (From the Friday Sermon of September 11, 2015)

It is very unfortunate to see what had happened in the south of Mauritius, as I told you last week how a few idiots spoiled the image of Islam and its teaching. Was all that they did Islamic? First, by the despicable way they behaved, they disobeyed the commandments of Allah and His Messenger (pbuh). So these kinds of people cannot say that they are Muslims. 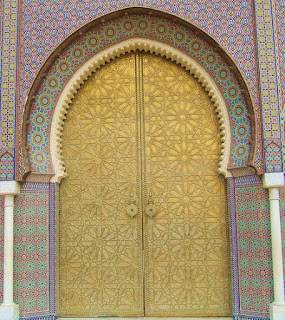 I ask those who have the habit of giving fatwas (judgements) on who are Muslims or not, therefore, with such vile actions – and from the teachings of Islam vis-à-vis other religions – can these people still be considered Muslims?

The religion of Islam has never granted permission to insult, provoke or denigrate people or their beliefs.

Rather Islam teaches Muslims that tolerance in religion (Islam) is a virtue, and therefore, a Muslim by the belief he professes, he must be someone friendly and who ensures protection for the life, honour and property of his countrymen.

He must not do anything wrong to harm the reputation of others and should respect the beliefs of others and their places of worship.

The Holy Prophet (saws) said that the best Muslim is the one whose hand and tongue do not harm anyone.

On one hand there are the despicable actions of some so-called Muslims where they have denigrated the teaching of Islam and on the other hand see the contrast in the case of the Hajees who went to perform the Hajj, and see how honourably they died in the cause of Allah. And Allah says in the Holy Quran about the death of these types of people that they shall have eternal life (they are forever alive) and they will have from Allah all that they desire.

And on the other hand, here in Mauritius, unfortunately Muslims do not behave as Muslims, and they actions they make can even provoke a racial war, and certainly this was a beginning which we saw between Muslims and Hindus/ Tamils, and fortunately by the grace of Allah this has calmed down for the moment but the seed of hatred is still there and shall culminate in a racial war as Allah has made me understood just like I have said in the past. What Allah has said will verily happen.

In the recent case of the events in the south, the police made some arrests, two internet users suspected of inciting hatred on the social networks...

- ( Extracts from the Friday Sermon of September 18, 2015 delivered by the Khalifatullah Hadhrat Munir Ahmad Azim Saheb (atba) of Mauritius.