'Salat': A Pillar of Islam 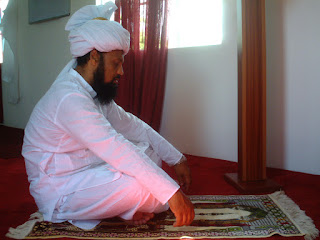 Allah has established five pillars for the maintenance of the balance and strength of Islam, and Salat is the second, after the Shahada (Laa-Ilaaha Illallah Muhammadur Rassullullah); that is to say, the attestation of the oneness of God and the recognition of the status of Muhammad (pbuh) as the Messenger of Allah. As a result, all the good deeds we perform depend on Salat because it is the main prayer. So much so that even the other pillars such as fasting (Sawm), obligatory alms-giving (Zakaat) and the Pilgrimage (Hajj) depend on the Salat.

Salat in other words is the key to the believer’s temporal and eternal success. Without the Salat, no one can access Allah, because Salat is the link, and even the essence of the relationship between man and his Creator. It is through the Salat that man can see God through the eye of God. It is the sacred rendezvous between the Creator and His creature, a daily appointment which is obligatory upon him. For the true believer, this meeting with the beloved is not a burden or a difficult task to accomplish, but a real pleasure, and as a result, he will reap the paradise and the eternal pleasure of God.

On the other hand, he who perceives Salat as a heavy burden, and therefore abandons Salat, he is verily very unfortunate and a loser because he does not perceive the value and the perfume of this spiritual treasure which has the power to raise/ elevate him spiritually to God. Therefore, the abandonment of the Salat brings him a lot of misery, especially in the afterlife where, if he has not succeeded in attracting the divine forgiveness and mercy, he will be thrown into the depths of Hell.

The Holy Quran reports what the people of Paradise will ask the inhabitants of Hell:

'Salat', an imperative of Faith; never abandon it

Man tends to think that to say that he loves God and that he does some good deeds, he can attain to the pleasure of God. But this is not the case. Faith has certain regulations, and certainly the relationship between man and his Creator is that man should establish himself firmly in the love of God through Salat and also other acts of worship, such as obligatory alms-giving (Zakaat), fasting (Sawm), pilgrimage (Hajj), Supplication to God (Duah), Remembrance of Allah (Zikrullah), recitation of the Holy Quran (Tilawat-i-Quran) and the millions of good deeds of the believer’s daily life.

There are also those who think that God will open to them the doors of paradise only because they have performed certain acts of worship but without fulfilling the Salat. He who thinks that accomplishing Salat is not indispensable, he is deceiving himself bitterly.

He is like a Cambridge School Certificate student who has done brilliantly in nearly his subjects, getting in each of his subjects a score of 90 to 100% (Grade 1) but if he fails miserably in one of the key subjects, in English (getting Grade 9), his certificate loses its splendor, and no reputable school will accept it. The certificate / result in question becomes null! However, in all other subjects he obtained almost 90 to 100 points, but that was not enough for him to be admitted to the Cambridge Higher School Certificate (HSC) because it is the regulation imposed by the non-Muslims.

“[This is] the established way of Allah with those who passed on before; and you will not find in the way of Allah any change.” (Al-Ahzab, 33: 63).

According to Hazrat Anas bin Malik (ra), the Holy Prophet Hazrat Muhammad (pbuh) said: “Whoever prays like us and faces our Qibla and eats our slaughtered animals is a Muslim and is under Allah’s and His Apostle’s protection.” (Bukhari).

A believer must ask if he can still consider himself a Muslim when he has simply abandoned the Salat? In the Holy Quran, Allah the Exalted threatened those who are careless in fulfilling the Salat: “Woe, then, to the ones who pray, who are neglectful of their prayers.” (Al-Ma’un,  107: 5-6).

If a person misses a prayer without feeling remorse in his heart, it is to wonder if the heart of such a person still contains faith for Allah. In fact, prayer (Salat) is a barrier that prevents a person from falling into Kufr (disbelief). The Messenger of Allah (pbuh) has said: “The difference between unbelievers and us is prayer that we have undertaken to perform. A person who abandons prayers becomes an unbeliever.” (Nasaï). The Holy Prophet (pbuh) has even said: “Whoever misses the ‘Asr prayer (intentionally) then it is as if he lost his family and property.” (Bukhari).

Abdullah bin Shaqiq (ra) said: “The Companions of Muhammad did not see the abandonment of any actions as constituting disbelief except for the prayer.” (Tirmidhi). Jabir bin Abdullah reported that the Messenger of Allah (pbuh) said: “Between man and polytheism and unbelief is the abandonment of Salat (prayer).” (Muslim) Hazrat Muhammad (pbuh) has also said : “Do not neglect any prescribed prayer deliberately, for whoever neglects it deliberately no longer has the protection of Allah.” (Ibn Majah).

Do you want to be known in the other world as disbelievers despite your appellation of Muslims in this world? Muslims only by name? So imagine what will happen to those who do not do any Salat. These will certainly be in perdition as it is said in the following verse of the Holy Quran: “But after them there followed a posterity who neglected prayer and followed after lusts; Soon, then, will they face Destruction.” (Mariam 19: 60).

Let us remember that all the prophets before the advent of Islam also practiced Salat. This Abrahamic and formidable prayer (Duah) mentioned in the Quran is certainly proof of this: “O my Lord! Make me one who establishes regular Prayer, and also (raise such) among my offspring (ones who keep up the prayer), O our Lord, and graciously accept my invocation.” (Ibrahim 14 : 41).

May Allah help us realize the importance of the Salat and build our entire life on a strong relationship with Him through the Salat. Remember my brothers and sisters, and my dear disciples that it is the Salat that raises your spirituality and consolidates your faith in Allah. To abandon Salat is to go to certain death. So preserve yourselves and your families against such a cursed death. Insha-Allah, Ameen.